Back to Top
Home/INSIGHT/The Value of Being Uncomfortable 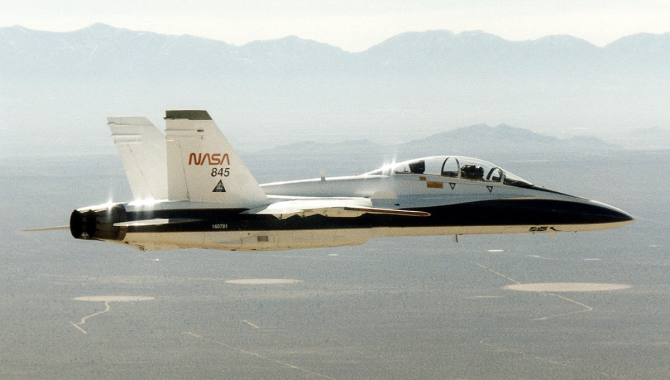 Innovation is a key element of many NASA aeronautics projects. Here, a modified F/A-18 aircraft serves as a testbed for validating a number of NASA technical innovations in aircraft control and data systems.
Credit: NASA

Event keynote examines a key metric for teams seeking to innovate at the leading edge.

Picture a ship sailing on the ocean. On deck, the crew sees a flag atop a buoy, floating on the distant horizon line. Ancient mariners would draw dragons on maps beyond such distant leading edges to mark their imagined dangers. But as a modern crew sails closer to the flag, they see that there is a vast ocean beyond it, and perhaps an island or even a shoreline in the distance.

Likewise, teams working to advance aeronautics and aerospace projects often find themselves moving toward a leading edge—an uncharted area of true innovation where boundaries blur, discomfort rises, and even the nature and location of the leading edge can be in doubt.

“…Leading edges can be misleading,” said Dr. Kathryn W. Jablokow, speaking at imaginAviation, a three-day virtual event sponsored by the NASA Aeronautics Research Institute, focusing on the future of aviation and NASA’s work advancing revolutionary concepts, tools, and technologies in aeronautics. “Just because something is far away doesn’t mean that’s as far as you can go. In fact, there may be more than one leading edge. And thinking about things in terms of different leading edges could be a better way of working towards the innovation you’re looking for.” 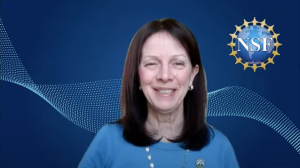 Jablokow, a professor of engineering design and mechanical engineering at Penn State Great Valley, presented the sailing metaphor in one of the keynote addresses—The Edge of Uncomfortable—at imaginAviation. She currently serves as a program director for the National Science Foundation’s Engineering Design and Systems Engineering program, on a two-year assignment.

Jablokow talked about the importance of establishing effective metrics for teams seeking to reach innovative solutions. While the frequently used metrics of feasibility, viability, novelty, variety, and quality are all effective for a project, she said, they don’t always tell a team if it has gone far enough in the pursuit of the leading edge.

“Those metrics are really good for describing where we are right now. What’s the quality of my solution right now, what’s the novelty right now? What’s the feasibility? But they don’t really tell us, have I gone too far or not far enough?” Jablokow said. “Another [question] that I think may be helpful … is to ask ourselves, is there really just one leading edge or is there more than one leading edge?”

“…One of the things that we are very actively trying to do in CAS, Convergent Aeronautics Solutions, and TACP overall is to try to bring together people around large, challenging problems that require … multiple disciplines embedded in the team that’s looking to solve those things. It’s a challenge and I think it speaks to the nature of these multiple leading edges as people come in from different perspectives,” Cavolowsky said.

“Innovation makes people uncomfortable, but that’s not always a bad thing. It just means that people have this sense, this capacity to know when they’re getting close to an edge. And paying attention to who is uncomfortable [and] when, is a critical thing for leaders, for managers, in fact for every team member to be doing,” Jablokow said.

“Those folks [who] like structure, their dragons are: ‘We’re going to get somewhere and we’re not going to know the right way to do things, we’re not going to have a set of rules.’ But the other people, the folks [who] like that unstructured world, their dragons are: ‘Oh, my goodness, somebody’s going to nail me down, somebody’s going to tell me that I have to do it this way.’ So, we have different fears of what is on the other side of that leading edge,” Jablokow said.

“And so, I wanted to sort of throw a question out… who are you making uncomfortable today? And I want you to look in the mirror and think to yourself, am I on that list? Am I making myself uncomfortable today in a way that will lead us forward?”

The sessions of imaginAviation, which cover a broad swath of aviation topics from the future of adhesives, to high-temperature alloys, to hyper-spectral communications, to NASA’s future workforce is available to watch anytime.