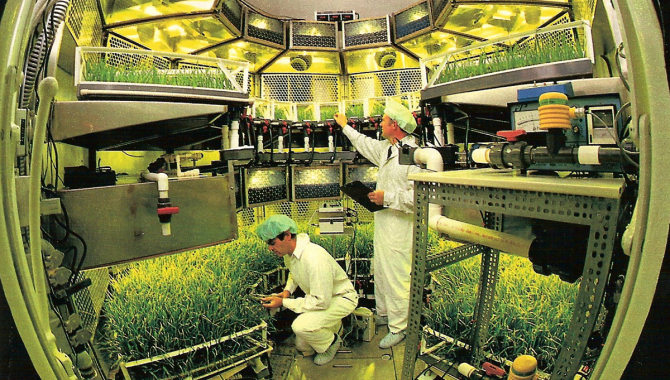 On August 12, 1960, a Thor DM-19 Delta rocket launched from Cape Canaveral carrying an inflatable satellite known as Echo 1. Engineers at Langley Research Center faced a challenge in designing Echo 1 at the dawn of the space age, and the solution they developed is in use around the world today in applications far beyond what they envisioned.

Echo 1 was NASA’s first communications satellite, a balloon that was inflated in space and passively reflected radio and radar signals. As an early test of the potential of satellites for use in communications, Echo 1 performed well.  It also returned early, useful data about atmospheric drag and variations in air density in the upper atmosphere. 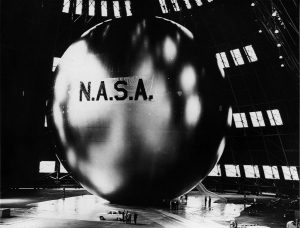 Echo 1 satellites generated a lot of interest because they could be seen with the naked eye from the ground as they passed overhead.
Credit: NASA/Goddard Space Flight Center

Engineers wanted to construct the 100-foot-diameter balloon using aluminum-coated plastic, but there was no suitable method to bond the metal to the plastic for this complex application. Working with private industry, NASA developed a technique to vaporize metal particles and apply them to plastics in a fine mist. It was a significant step forward for what would become known as radiant barriers.

Later, for the Moon landings, NASA incorporated radiant barriers—in the form of multiple thin sheets of crinkled, aluminized Mylar—into spacesuits to maintain the astronauts’ body heat while minimizing solar gain by reflecting the harsh direct sunlight. This insulation enabled the suits to be relatively thin compared to the protection they provided from the extreme temperatures of the lunar surface, which can range from 249 °F to -245 °F.

Today, radiant barriers are ubiquitous, appearing in everything from energy-efficient building materials to the blankets wrapped around the shoulders of runners after they complete a marathon. They can still be found on spacecrafts, and are also used in cryogenic tanks, MRI machines, and cases for electronic devices.

Recently NASA published Spinoff 2022, a new issue of the annual publication that details some of the most interesting examples of NASA technologies that have been adapted to improve everyday life. This issue includes an impressive array of companies using NASA-pioneered technologies to improve life on Earth, including 13-One, a company in Larchmont, New York who is making ultra-lightweight jackets with radiant barrier linings to help hikers and runners stay warm.

“Our mandate is to ensure NASA technology benefits the widest possible population,” wrote Jim Reuter, Associate Administrator, Space Technology Mission Directorate, in the foreword to Spinoff 2022. Reuter noted that NASA’s Technology Transfer program is “the single longest continuous mission of our agency. … We are proud to present Spinoff 2022 to show the many important ways there’s more space in your life than you think.”

The highlighted technologies are diverse and span the six decades of NASA’s history. Radiant barriers solved one of NASA’s earliest challenges. Vertical gardens will likely play a key role in solving one of NASA’s future challenges—supporting a long-term human presence at the Moon while developing the knowledge for a human mission to Mars. 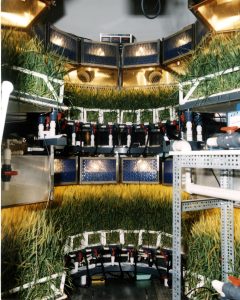 NASA has experimented with vertical gardens for decades. In key research from 1998 through 2000, the Agency repurposed a Project Mercury-era hypobaric test chamber at Kennedy Space Center, converting it into the Biomass Production Chamber. The chamber was about 14 ft. upright and was about 12 ft. in diameter.  NASA grew plants on four vertically stacked shelves holding a total of 64 plant trays. The research took techniques developed in earlier NASA-funded research at universities and adapted them to a fully closed environment, simulating a spacecraft or space station.

Dr. Raymond Wheeler, a NASA plant physiologist, conducted growth experiments in what was the first controlled environment, fully operational vertical farm in the U.S.  “The system recycled and reused as much as possible—water, air, nutrients—making it self-contained, just as it will have to be in space or on another planet,” Wheeler told Spinoff 2022.

Spinoff 2022 contains more than 30 examples of NASA-developed technology being used now to improve life on Earth, from robotic gloves designed for astronauts on spacewalks that are now helping autoworkers assemble vehicles without injury to the Artificial Intelligence systems designed to maintain smooth operation of distant space probes that are now being used to improve efficiency in the energy industry.