Back to Top
Home/INSIGHT/Podcast Focuses on Engineering Best Practices 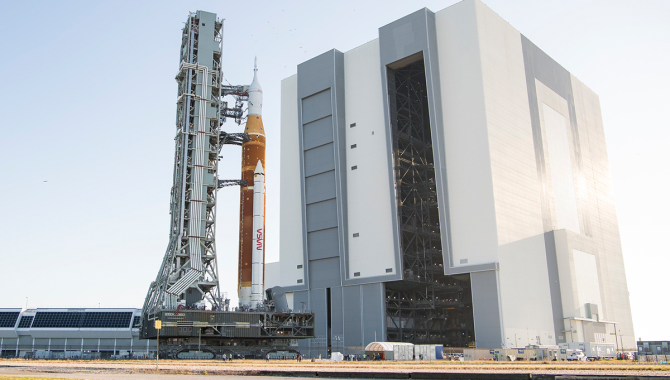 NASA’s Space Launch System (SLS) rocket with the Orion spacecraft aboard is seen atop a mobile launcher as it rolls out of High Bay 3 of the Vehicle Assembly Building for the first time to Launch Complex 39B, Thursday, March 17, 2022, at NASA’s Kennedy Space Center in Florida.
Credit: NASA/Aubrey Gemignani 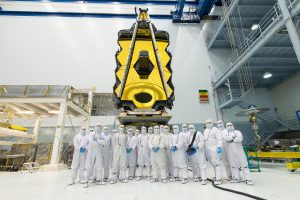 Engineers and technicians in the cleanroom at NASA Goddard Space Flight Center, pose with the James Webb Space Telescope in the spring of 2017, before the telescope was transported to NASA’s Johnson Space Center for cryogenic testing.
Credit: NASA/Desiree Stover

NASA has an ambitious portfolio of projects over the next two decades that includes working toward establishing a long-term human presence at the Moon, bringing the first Martian soil and rock samples to Earth, and seeing the early universe in unprecedented detail with the James Webb Space Telescope.

“I think the most rewarding thing I do is I get to interact with most of the programs and projects that this agency’s working,” Roe says. “And I would say without exception, the passion and dedication of our folks working those projects is truly inspiring to me.”

Blevins, as Chief Engineer of SLS, leads a program producing what will be the largest, most powerful rocket ever launched in future Artemis missions, one that will play a crucial role in NASA’s plans for decades. He says that one of the keys to leading a large, high-profile program such as SLS is “staying in the game and doing rigorous work.” He notes that NASA hasn’t prepared an entirely new human-rated spacecraft for launch since April 12, 1981, the shuttle’s first flight. Then, as now, external pressures and expectations were enormous.

“…And yet [the shuttle team] stayed in there and they flew that vehicle. And that’s really, for me, one of the major lessons learned is to not be distracted by artificial external pressures,” Blevins says.

The guests discuss how engineering has changed in the past decade, including advances in computers and computer modeling. Roe notes that the work he did plotting data from the space shuttle as a young engineer at Kennedy Space Center is now readily performed by software on a laptop computer. “The things that we’re able to do, the things that we’re able to model and analyze as compared to having to maybe develop a complex test for is just incredible,” Roe says.

Digital models enable engineers to assess the impacts of potential systems changes, uncovering any unexpected hazards. This was not part of normal processes just 10 years ago, Hirshorn notes. “Technology matures and computer technologies continue to advance and what capabilities they will have 10 years from now, we probably can’t even dream of,” Hirshorn says.

The Graphics and Visualization Lab (GVIS) located at Glenn Research Center at the turn of the century.
Credit: NASA

Roe, Hirshorn, and Kramer White all worked on the space shuttle program earlier in their careers and discuss lessons learned from the Space Shuttle Columbia accident on February 1, 2003, and the investigation that followed.

“I was deeply involved in the accident investigation and return-to-flight activities,” Hirshorn says. “I know every single person that was on console in Mission Control during Columbia STS-107 entry, know them personally. That event for me, as I expect it was for the NASA employees that lived through Challenger and Apollo 1, was emotionally traumatic. You don’t forget when you experience something like that, and it stays with you for the rest of your life.”

Kramer White, who joined NASA shortly after the Challenger accident, and worked with former Apollo engineers during her first years, was also involved in the Columbia accident investigation. She notes that one of the many lessons learned from Columbia is for engineers to always listen to the hardware. 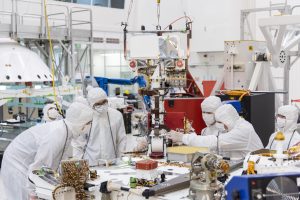 “Even if you don’t think it could be possible, when the hardware is behaving in a way that it wasn’t designed to behave, really dissecting that and really working to root cause in order to make sure that you’re not fooling yourself about, ‘Oh, well, it’s probably OK.’ Well, why? Why? … You don’t ever want to be sort of caught in what you would call a failure of imagination. I can’t imagine that failure, so it can’t be true. And the hardware’s talking to you, and we need to pay attention to that,” Kramer White says.

The guests discuss these topics and more in the series, including the importance of curiosity in engineering, the value of being a good listener, why diverse teams produce robust solutions, engineering best practices from SLS and the best projects for young engineers.

“…I’d say hands-on experience tends to be the best teacher,” Roe says. “But when you’re able to bring in different generations of engineers on one project, I’ve seen this firsthand where the sharing of knowledge across those different generations on that project really seems to increase the level of learning in both directions, really. Where maybe the younger engineers involved in that project have learned new tools and techniques. Where maybe the older engineers on that project have experience from past programs or projects that they can share with the younger engineers.”

“And I think if you can get a project where you’re working inline, hands-on with that project, but yet have engineers from different generations participating and sharing that knowledge, I think that’s the best of both worlds right there,” Roe says.