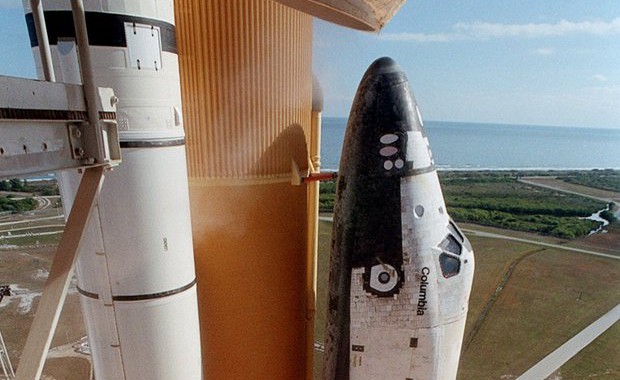 How many times have I heard project managers tell of learning by way of examples from history and literature?

Just recently, for example, I interviewed a project manager who began to answer one of my questions by paraphrasing the opening lines of Tolstoy’s Anna Karenina — and, yes, he was aware of the reference. “All successful projects succeed in much the same way,” he wanted me to understand. “But each unsuccessful project tends to have its own interesting and original history.”

Here is another example. This issue our interview is with Associate Administrator for Space Flight William Readdy. At one point while meeting with Readdy at his NASA Headquarters office, he directed us (ASK colleague Jody Brady and myself) to look across the room towards a bookcase, where he pointed out shelves of histories and biographies. Readdy considers these his reference guides in leadership, books about some of history’s greatest statesmen: Abraham Lincoln, Ben Franklin, Theodore Roosevelt, and others.

The stories about leadership we’re featuring in this issue of ASK may not have the same cachet as those told by Lincoln, Roosevelt and the like, but we think they will still give you inspiring material to reflect on. Frankly, we think our contributors in this issue stack up right alongside the historical giants. Honesty and courage is what matters, and in this issue we’re in no short supply of either.

Readdy, for example, who is also an astronaut and former Shuttle commander, generously agreed to talk with us about lessons learned from the Columbia tragedy. A year has passed already since the Columbia tragedy, and we felt this issue would be incomplete had we failed to observe that.

One of the reasons we read stories is to gain perspective from people whose personal experience on events may help to broaden our own understanding and caution us from rushing to judgment. Certainly there are people who have rushed to judgment about NASA since February 1, 2003. We are most grateful to Readdy for giving us his perspective and allowing us to share it with ASK readers.

The story by Rudy Aquilina, a project manager from Ames Research Center, is powerful in what it can teach us about recovery and how not to become paralyzed by grief. Aquilina was project manager on a set of science experiments that flew on STS-107. His story this issue, “The Journey Back,” looks at how he and a group of people on the project brought themselves out of despair by memorializing the work they’d accomplished before the premature, tragic end of the mission.

There is much more to this issue than these Columbia experiences. In addition, we’ve reached back to one of NASA’s greatest successes, the Viking program, in a story by John Newcomb, “End-to-End Commitment.” Newcomb remembers that against the judgment of one of his most trusted deputies, Viking project manager Jim Martin stuck to his guns about a critical decision at a critical time in the project. In the same vein, Rick Obenschain tells us about his response to inheriting a project in bad need of leadership.

Leadership manifests throughout this issue, as it does throughout NASA, and we’re honored to bring these stories to you to prove that point.