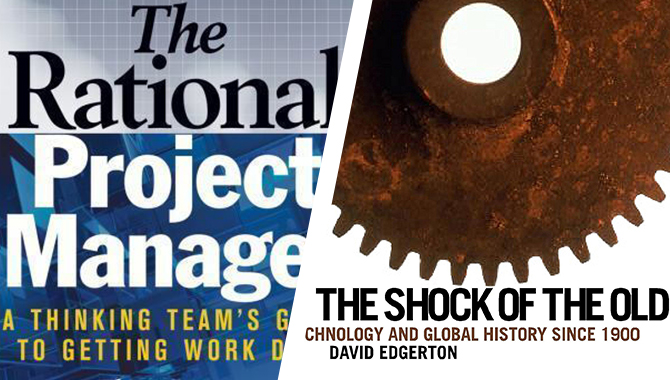 Here are descriptions of two books that we believe will interest ASK readers.

Sometimes the hardest part of managing a project is finding time to think about the planning and issues involved. The Rational Project Manager stresses that thinking before taking action is a critical factor in successful project management. It offers several brainstorming questions and suggestions to help project managers use critical thinking throughout their projects.

Andrew Longman and Jim Mullins, senior consultants at consultancy Kepner-Tregoe, define the steps involved in a project’s life cycle and what project managers should stop to think about before ever touching a GANTT or PERT chart. While the authors encourage the use of tools that are prevalent in many project managers’ toolkits, they stress that getting the right information into those tools by asking yourself and other people the right questions is more important.

The authors are big proponents of making lists, which help divide and conquer what can sometimes seem like an unmanageable mountain of problems. They simplify project management as definition, planning, and implementation, with chapters devoted to each of these steps in the book. They break these down into smaller actions, the last of which is always a reminder to talk to the people on the project. Often these conversations lead to new information that affects planning. Longman and Mullins devote a substantial section of their book to communication and managing people.

Probably most valuable for NASA employees are the chapters on deciphering contracts and working with large, diverse teams. The tips on how to handle big changes late in a project to ensure they don’t affect the project’s critical path are also vital for NASA project managers. But most useful are the lists of prodding questions project managers can use to elicit the information they need to make decisions.

Charts and graphs alone never complete projects. People need to be involved. The authors understand this point and would do well to emphasize it more in future revisions to this work, which was first published in 1959, shortly after NASA’s foundation. It shows that project management as a practice hasn’t changed much, but our approaches to it can be continually refined.

The Shock of the Old: Technology and Global History Since 1900, by David Edgerton (Oxford: Oxford University Press, 2006)

Most books and articles about technology focus on the latest innovations. Given the public’s avidity for novelty, the pressure on journalists and historians to laud the new and neglect the virtues of the tried and true is strong. This book looks at familiar, successful technologies that the author calls “technology in use.” It is very different from those histories of one “wow” thing after another. For example, Edgerton considers the refrigerated cargo ship, an invention that changed the course of history in Latin America, the United Kingdom, and the United States, allowing fresh fruit and meat to be transported anywhere. And he lauds the modern bicycle. Bicycles are more numerous than cars and more often used (and may be even more important in the oilconstrained future).

It is hard to dislike a book whose first chapter begins, “Is the condom more significant than the airplane?” This bottoms-up history is a fine counterweight to all the gee-whiz writings about inventions that have relatively little effect in the long run.