Back to Top
Home/31/ASK Magazine/MESSENGER: Big Science in a Small Space 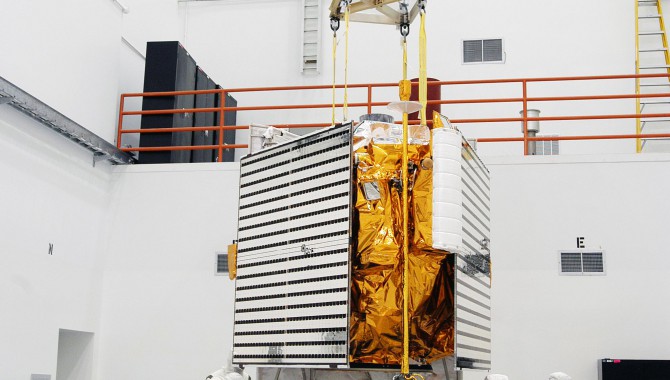 The last time NASA visited Mercury was in the early seventies, when Mariner 10 made history as the first mission to explore two planets and the first spacecraft to use a gravity assist to change its course. In the thirty years since learning about the planet’s large core, magnetic field, and mostly helium atmosphere, scientists and engineers have been researching ways to return and explore the planet in more depth. But the extreme temperatures caused by Mercury’s widely elliptical orbit— about 450°C at noon on the equator when it’s closest to the sun and a frigid -180°C at night—are a tough challenge for any spacecraft. Those extremes present additional difficulties for designing and testing a mission to the innermost planet in our solar system. 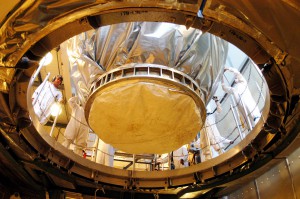 Studies from the Jet Propulsion Laboratory estimated that building a spacecraft and running a mission that could meet the challenge would cost well over $1 billion. When the Johns Hopkins University Applied Physics Laboratory (APL) proposed the MErcury Surface, Space ENvironment, GEochemistry, and Ranging (MESSENGER) mission for about $300 million, NASA’s Discovery program approved it as the seventh of its lower-cost, scientifically focused projects.

APL had ambitious plans to create a lightweight spacecraft that could house the large amount of fuel needed to propel MESSENGER on a 4.9-billion-mile journey that included multiple trips around the sun and a series of flybys of Earth, Venus, and Mercury, a complex sequence of gravity assists needed to slow the vehicle enough so the craft’s propulsion system could insert it into Mercury’s orbit. The team needed to pack seven miniature science instruments into the small space not taken up by the propellant, which accounted for more than half of MESSENGER’s mass at launch. Finding a place to house them was made even more difficult by the need to affix a sunshade to the spacecraft to protect it from the sun. This would be a blindfold for any observations and further limited where instruments could be placed.

In August 2004, the spacecraft successfully launched, and it has already completed its Earth flyby, two Venus flybys, and first Mercury flyby. Getting to that launch was not easy, however. 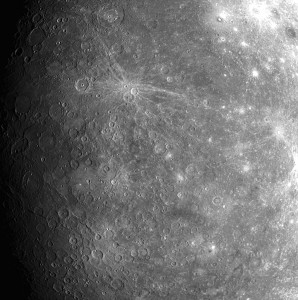 On January 14, 2008, MESSENGER became the first spacecraft to see the side of Mercury shown in this image
Photo Credit: NASA/APL/Carnegie Institution of Washington

To gain a better understanding of the project and prepare for an impending preliminary design review, the lead systems engineer met face to face with the individual leads for each subsystem to ask them questions and capture requirements based on their answers. But for this tactic to work, he also needed to gain their trust. So the systems engineer focused on figuring out what everyone needed and how to meet those needs. This did more than build the trust he needed to succeed in a lead position; his foresight also set the stage for reciprocation when he might need a favor in the future.

Showing how this spacecraft could survive an environment you can’t really replicate on Earth was a big hurdle.

After defining the requirements, a process that took two to three months to complete, the team then needed to figure out how to prove to everybody that the spacecraft could fly in an environment with light and heat as much as eleven times more intense than we receive on Earth. They had a great thermal engineer who used an illumination lamp at Glenn Research Center that could focus eleven times the sun’s intensity into a small area. Because they couldn’t take the entire spacecraft up to Glenn, they built a small mock-up of the sunshade and components to send to the Ohio center, where they blasted it for hundreds of hours to prove the spacecraft could handle the light. To prove it could also survive the heat, the team went to Goddard Space Flight Center with the full spacecraft and placed giant heaters in front of it. Showing how this spacecraft could survive an environment you can’t really replicate on Earth was a big hurdle, but they overcame it.

Once the team proved the spacecraft could survive the mission, they had to tackle the mass challenge involved in making sure it would arrive at its destination. Because the Mercury orbit insertion maneuver is so complex, MESSENGER required a lot of fuel. In fact, about 54 percent of the spacecraft’s final 2,400-lb. launch weight was propellant. To compensate, the team sought to lighten the load in other places, mainly in the body of the spacecraft itself. 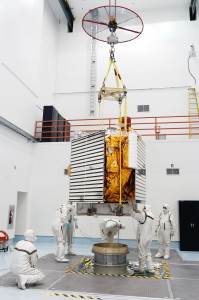 Technicians at Astrotech Space Operations in Titusville, Fla., check the progress of the MESSENGER spacecraft as it is lowered onto a spin table for testing.
Photo Credit: NASA

Traditional spacecraft use an aluminum honeycomb with aluminum sheets encasing the structure. MESSENGER used a composite material, a graphite blend much like what you would find in the shaft of a golf club, because it was strong and, more importantly, very light. The team later realized that a majority of spacecraft subsystems rely on aluminum as a conductor for heat and electricity, and to ground components. To solve the challenge introduced by the lightweight composite, they placed copper sheets around the spacecraft to act as a conductor. After all their mass savings, they ended up adding mass back to get the grounding for the electricity, and then adding heat pipes to transfer the heat. Even with these additions, the main structure of the spacecraft was less than 9 percent of the total mass of the spacecraft, compared with 10–20 percent on most other spacecraft.

To save even more mass, the team worked with Aerojet in California to develop a new tank design. Three of these new tanks—the lightest ever to hold this amount of mass—are in the middle of the spacecraft. This also required a lot of hard work, but optimizing the tanks was necessary in order to make the mission work.

The unique mass requirements of MESSENGER presented engineering challenges that required ingenuity to solve—as well as some reworking of ideas. Adapting initial plans to circumvent unforeseen problems is not an unexpected step in NASA’s one-of-a-kind projects, and it highlights the need to define requirements and risks early and thoroughly as well as ensure they are documented for reference. Documentation not only helps those who may later join the mission understand the work, but also aids future missions that may look to solve similar problems as NASA ventures further into unexplored space.