Back to Top
Home/31/ASK Magazine/Operation Burnt Frost: The Power of Social Networks 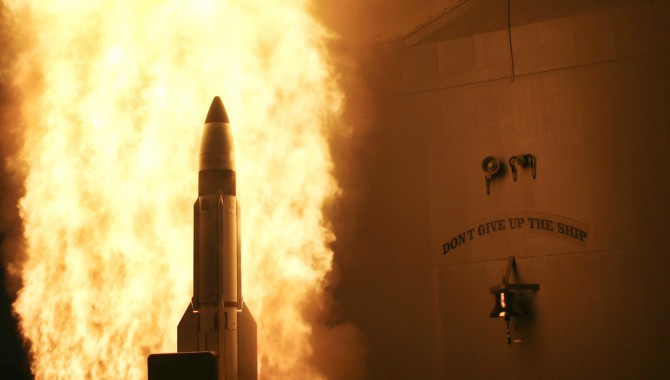 By Lucas Steinhauser and Scott Thon

On February 20, 2008, a single Standard Missile 3 (SM3), fired from the USS Lake Erie in the Pacific Ocean, shot down a National Reconnaissance Office satellite that was falling out of orbit and potentially posing danger to people around the globe. The ailing satellite’s fuel tank contained nearly 1,000 lbs. of highly toxic hydrazine fuel. President Bush tasked U.S. Strategic Command with seeking a way to mitigate the danger to people around the world, and Operation Burnt Frost was born. The mission required the collaboration of more than two dozen federal agencies whose personnel were spread around the United States. 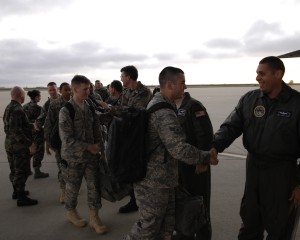 Coordination, communication, and knowledge sharing were major challenges, yet they were critical to the mission’s success. Social networks played key roles in the successful outcome of the operation, connecting people and their knowledge.

Sociologists define social networks as connections among people, the informal personal relationships based on trust and reciprocity. In other words, they are made up of the people you know (and some of the people they know) who can be relied on to offer knowledge and assistance when you need them and who expect you to return the favor when and if the need arises.

This is one story of how social networks contributed to the success of Operation Burnt Frost.

It was late one evening in December 2007. Colonel Michael Carey, deputy director of global operations for U.S. Strategic Command, and his team had been working all day to find an expert in modeling the orbit of space objects. Col. Carey got out his notebook of contacts and called an old colleague at home: “Hey, Jeff, I need your help real quick ….” Jeff didn’t know the answer, but he was able to give Col. Carey the name of an engineer he knew at NASA who was an expert in the area.

The challenge of intercepting a rapidly spinning, bus-sized satellite as it hurled through space at 17,000 mph was daunting and unlike anything the team had done before. The complex problem required expertise to calculate the necessary trajectory and to understand the likelihood of success. Finding the expert at NASA so quickly—through a couple of phone calls—was a huge benefit to the tightly scheduled mission. His involvement proved critical to mission success. He provided invaluable knowledge through analytical modeling and planning, information that fed operational plans and supported the decision briefing that went to the president of the United States.

The mission’s success might have been jeopardized if Col. Carey hadn’t been able to reach out and connect with the appropriate subject-matter experts. Leveraging expertise through individual social networks was a huge factor in the success of the operation. Many organizations were capable of supporting various critical tasks, but knowing and being able to contact the many subject-matter experts saved time, increased confidence, and improved mission effectiveness.

When it was over, Col. Carey recalled the numerous valuable contacts he and his team had accumulated, and the wealth of talent, skills, and specialized expertise they provided. Looking back, he expressed his desire to maintain the contacts and relationships made during the operation, contacts likely to prove fruitful for new missions and new challenges. And Col. Carey can now count himself as a member of all the social networks of all the subject-matter experts that he came in contact with during this operation.

Most of us have informal networks we can call on for information and assistance. Engineers, scientists, project leaders, and managers in many organizations rely on those contacts for expertise and advice. Some organizations—Whirlpool, Halliburton, Sanofi-Aventis, Chevron, and Caterpillar, for example—have made explicit efforts to support and strengthen the social networks of their employees. Frequently including relationships that go beyond their organizational boundaries, these connections can promote cross-cultural, global collaboration by connecting individuals who share similar interests. 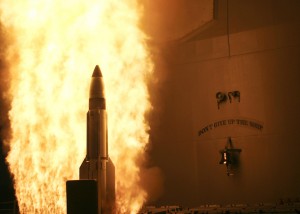 These personal connections can center on a common passion or profession—for instance, space launch or a technical discipline—or shared experience, like attending school together. Research has shown that high performers typically have especially robust connections outside their unit or organization.

Networks can be supported by a wide range of communication media; face-to-face interactions are powerful and important builders of trust and understanding, but telephone, e-mail, and Web-based collaboration tools also help maintain social networks. New social networking tools such as LinkedIn and Facebook help people stay in contact as they move to new organizations or new job responsibilities.

On February 20, the SM3 streaked skyward. Moments later, the efforts of hundreds of subject-matter experts, linked together by their personal and professional connections, paid huge dividends 150 miles above the earth as the missile slammed into the falling satellite, smashing it to pieces that would harmlessly burn up in the atmosphere. This impressive technical accomplishment was an equally impressive organizational accomplishment. Extensive social networking played a key role throughout the operation and was a major part of the successful intercept.

Lucas Steinhauser is the deputy chief of the Knowledge Transfer Office at U.S. Strategic Command. He recently received a doctorate in information systems and technology from the University of Nebraska at Omaha. His research focuses on the use of collaborative work practices that are enabled through information technology.

Scott Thon leads the Knowledge Transfer Office at U.S. Strategic Command. He is dedicated to implementing innovative knowledge transfer concepts that leverage social and human capital within the Command. A graduate of the U.S. Army War College in Carlisle, Pennsylvania, he holds a BS in business from the University of Minnesota and an MS in logistics from the Naval Postgraduate School in Monterey, California.