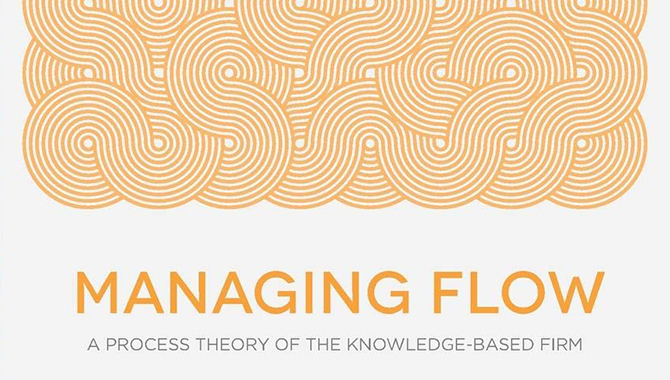 Here is a description of a book that we believe will interest ASK readers.

Ikujiro Nonaka is the most famous management theorist you have probably never heard of. He played a (or the) most important role in developing and propagating the idea of the knowledge management movement and served as an expert guide and “sensei” to many who have worked in the field for the past few decades. Because he is Japanese and not surprisingly has an affinity for Eastern formal philosophy as well as Western ideas, his books are not as popular in the United States and Europe as they should be. Nevertheless—to give just one small example—many of the ideas focused in the past decade or so on the tacit nature of knowledge have been strongly influenced, when not actually inspired, by the writings of Professor Nonaka and several of his colleagues.

In this new book, published last year, Nonaka and his colleagues provide some new insights into the nature of knowledge and how it works in organizations. Rather than offer a full-blown review, it might be best in this short space to focus on just two points that are to some degree the central focus of this new work.

One is the emphasis on phronesis. This is a classical Greek term, used prominently by Aristotle and recently brought back to life by commentators on knowledge and organizations. Most commonly translated as “practical wisdom,” it is often used to refer to the skill of successful politicians and other leaders who can make quick, accurate assessments of situations. This is a form of knowledge that cannot be codified or even really taught, but only gained through experience. Another characteristic of phronesis is the ability to sum up the essence of a situation and share it with others. While some have called this a communication skill, it is really more complex than that. It entails a deep and rich understanding, closer to intuition than reasoning, of how things work in this world. Winston Churchill and Franklin Roosevelt used it to lead their countries through crises. We could use more phronesis in these difficult days.

Another, perhaps more familiar, term to those who follow current thinking in the realms of knowledge is the concept that lies behind the Japanese word baa. This complex concept has no direct English equivalent. It essentially means creating a space where common meaning can be built. That does not necessarily have to be a physical space. The authors discuss cyberspace and social spaces as well as open areas and other physical spaces. But baa invariably has a social element. It always refers to at least two people working together toward a goal of creating a commonality. This word, with all its rich connotations, is very useful in figuring out how to work effectively with knowledge in organizations. This concept was scarcely mentioned in any language before Nonaka introduced it to Western readers. It has become one of the most innovative and interesting conceptual tools in the knowledge managers’ toolkit.

We hope this brief review inspires ASK readers to look at this and other works by the “Peter Drucker of Japan,” a man who is surely and deservedly one of the most influential management thinkers in the world today.