In my generation, leaders are expected, in style if not in spirit, to take their workers’ views into consideration. People expect their jobs to be challenging, interesting, and engaging. The leaders of successful organizations know this, and know how to keep their employees challenged, interested, and engaged. They do it by recognizing that their own success depends on how well their employees perform and by investing time and energy in helping others succeed.

The Washington, D.C., chapter of the Project Management Institute (PMIWDC) has nearly nine thousand members. The position of president and CEO, which I was proud to hold in 2007 and 2008, came with interesting challenges:

How did we accomplish all this? The first thing we had to do was establish and then nurture a climate of trust. 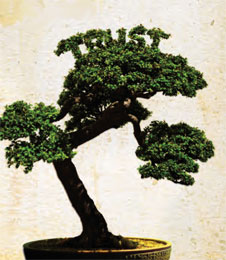 Trust is foundational—you can accomplish wonders with it and very little without it. A reputation for trustworthiness and your willingness to trust others are worth more than just about anything else. Like many things of value, trust is fragile. Like many fragile things, it requires a great deal of care.

Some leaders cite the importance of “building” or “establishing” trust. I have found it to be more important to nurture trust—to keep it alive through constant attention. You nurture trust by acting in accord with the recognition that everything you say and everything you do either contributes to or erodes trust.

Trust is hard to earn and easy to lose. During my presentation on leadership at the 2009 NASA Project Management (PM) Challenge, I asked if anyone had experienced a loss of trust. One man volunteered his story about how his boss had violated his trust. The more he talked the more agitated he became. His emotion suggested that the incident must have been quite recent. I asked him when this happened and he said it was twenty years ago, but the wound was still fresh and the pain was still raw.

Use Your Leadership Moments

Most leadership moments are little ones: a conversation with a colleague or a response to an e-mail message. They are available to everyone, regardless of where they are in the organization. You’ll probably have at least fifty leadership moments today. Leadership moments represent opportunities to demonstrate your ability to lead and to share your leadership philosophy. Use them to nurture an atmosphere of trust.

The way you conduct team meetings can allow you to nurture trust at both the individual and corporate level.

Consider a person we’ll call “Adrian.” Adrian was a leader who said all the right things, but betrayed his true nature in team meetings. He professed to value everyone’s opinions, but he really believed that life was a war and his team members were his troops.

That meant you were either with him or against him. Team meetings became “battles.” Before each one he would hold private “strategy sessions” with a small group of people to plan how they would handle agenda items so he could have his way.

As the team meeting unfolded, each person in the strategy session would play his or her part, and dissenting opinions would be politely, or not so politely, dismissed.

It wasn’t long before the rest of the team learned what was happening. The net effect was that Adrian divided the team, drove a wedge between those who attended the strategy sessions and the other team members, and reduced the team meetings to playlets. Even those in the strategy sessions began privately referring to the team meetings as “kabuki” and became as disengaged as their colleagues.

Adrian was not capable of trusting the opinions of others. He was so afraid of taking that risk that he surrounded himself with what he thought were his supporters in the strategy sessions and bulldozed his way through the meetings. As a result, he missed out on the value of additional information, insights, and solutions. Ultimately, he won the battles and lost the team.

Throughout my career I have viewed my job as helping others reach the best decisions about things we all thought were important, not jamming my ideas through. To accomplish this I have had other people suggest agenda items for meetings rather than selecting all the items myself.

Sometimes we bounce ideas off others to help clarify our thinking. That can be a useful and productive strategy. If you always go to the same people, however, you may want to ask yourself why you’re limiting your options.

In that way we would be sure to include topics they were interested in, and give each of them an opportunity to discuss what they had been doing and their proposals for new initiatives. This placed the emphasis where it belonged—on the team, not me.

Sometimes we bounce ideas off others to help clarify our thinking. That can be a useful and productive strategy. If you always go to the same people, however, you may want to ask yourself why you’re limiting your options. If it’s because they all speak your language, perhaps you need to learn another one.

I made it a point not to go to the same people each time. I am especially interested in learning the opinions of the quieter people. Asking them in a casual one-on-one conversation encourages them to eventually share their opinions in team meetings, to everyone’s benefit.

I also wanted to make sure everyone felt like part of the team, and I wanted to learn not only what they thought but how they thought.

I learned what people thought by simply asking for their opinion. That can provide valuable information, and some leaders stop there. They take the answer back to their cave and add it to the pile of opinions. It was more important to me to know how people thought, because that gave me insight into the way I could best work with them.

As you get to know the people in your organization or on your team, you will be able to understand both what and how they think—but only if you make the effort. Learning this technique allows you to nurture trust with them more easily because you’re communicating on the same frequency.

This is especially challenging when you’re stressed, or so focused on a task that you forget the importance of nurturing trust at every moment. There is a huge difference between telling someone, “That’s your job,” and saying, “I trust your judgment.” In the former instance, your conversation is directive and confrontational. In the latter it is directive and supportive. Imagine what it would feel like to be on the receiving end of those conversations and it is easy to make the right choice.

Ask for Help When You Need It

One of the best ways to nurture trust is to ask for help. Admitting, for example, that you don’t know how to drive business to a Web site doesn’t make you weaker, it makes you more human, more approachable, and ultimately more respected.

Some leaders try to have all the answers all the time. They subscribe to a kind of “ninja leader” act that is as unreasonable as it is unattainable. They become so wrapped up in the act that they don’t realize they’re getting in their own way.

There is, in fact, both great freedom and great power in being occasionally vulnerable. Like everyone in your organization, you have your own strengths and weaknesses, so admit that you cannot do or know everything.

You have to be selective in your vulnerability, of course. If you are the CEO, I don’t recommend that you tell people you have no idea what the strategic direction of the organization should be and you would like someone to handle that for you.

Use your common sense to know when to ask for help, but don’t be afraid to be human. By asking for help you allow someone else to solve a problem that you have admitted you can’t solve. You not only empower other people, you also encourage them to take on additional responsibilities and establish a bond of trust based on your vulnerability and their capability.

Sometimes, in the course of leading others, you have to make a trade-off among virtues. You may have to act like everything is fine when you would rather curl up in a ball. There is one thing you simply can’t do: compromise your integrity.

To nurture trust, you can’t be mostly honest or mostly fair. You can’t take a moment off. You always have to deliver honesty and trust.

As soon as you lie, cheat, or act dishonestly, you have broken trust, and you may never regain it. Worse yet, you can safely assume that the person whose trust you have broken will tell other people (remember the man at the 2009 NASA PM Challenge?) and that your damaged reputation will follow you. Lying, cheating, or acting dishonestly will do more damage to you than to others, diminishing you as a human being.

Ron Taylor is the founder of the Ron Taylor Group, which specializes in project management and leadership training. He is past president of the Project Management Institute (PMI) Washington, D.C., chapter and was named 2008 PMI Leader of the Year.