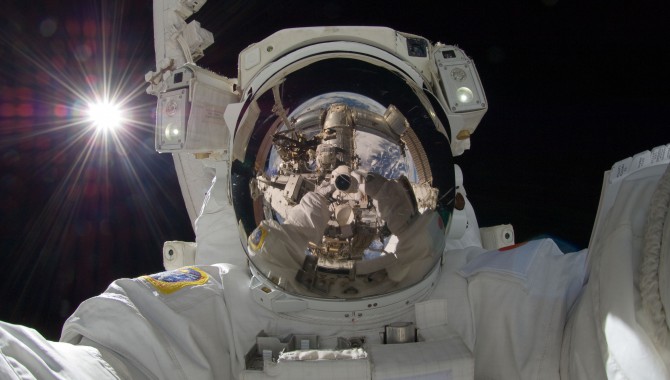 This article is excerpted and adapted from Structuring Future International Cooperation: Learning from the ISS, by L. Cline, P. Finarelli, G. Gibbs, and I. Pryke

In September 1988, the United States, Canada, Japan, and ten member nations of the European Space Agency signed agreements that established what was originally the Space Station Freedom (SSF). Renegotiated agreements, which brought in Russia and established the International Space Station (ISS) program, were signed in January 1998. As the largest, most complex international scientific and technological cooperation undertaken, the program offers lessons that can help future large-scale international space endeavors. 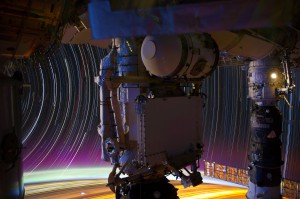 Long exposure of the space station in flight during Expedition 30.
Photo Credit: NASA

In any partnership, common terms may have different meanings and context depending on the partners’ field of expertise, experience, and culture. Creating a common definition can help avoid confusion down the line. For ISS, defining the term “peaceful purposes” from the 1967 Outer Space Treaty, and what activities honored that commitment, differed among partners. The ISS contributing nations debated the exact meaning of this phrase without resolution long before the space station negotiations.

In SSF negotiations, the U.S. Department of Defense insisted they be able “to conduct national security activities on the U.S. elements of the station without the approval or review of other nations,” which was consistent with the U.S. interpretation of “peaceful purposes” that permits non-aggressive military activities in space. Canada, Europe, and Japan, on the other hand, demanded the agreements refer to “a civil space station for exclusively peaceful purposes,” implying no military-sponsored activity whatsoever. The issue arose again in ISS negotiations, with the Russian Federation government adopting much the same position as the United States.

The solution in both negotiations was that each partner would define “peaceful purposes” as related to the use of the elements it supplied, in its own manner. For example, any U.S. plans to use the laboratories supplied by Europe and Japan have to be approved by Europe or Japan, respectively, based on their own interpretations of peaceful purposes.

Sometimes difficult topics need to be finessed with less-than-precise language—language that is open to interpretation or may require future negotiation, but that allows negotiators to get beyond an impasse. Such “constructive ambiguity” is not original to the ISS agreement, but it is a standard device used to bridge otherwise insurmountable divides in many negotiations.

Sometimes difficult topics need to be finessed with less-than-precise language—language that is open to interpretation or may require future negotiation, but that allows negotiators to get beyond an impasse.

Early in ISS negotiations, we knew we would need a way for partners to reimburse each other for various goods and services required for successful program implementation. Once we realized that political processes in various partner states would look unfavorably on the transfer of actual funds, we included language noting the intent to minimize the exchange of funds and permit barters of goods and services.

For example, the European partner required a NASA shuttle launch to deliver its Columbus laboratory to the station. In return, the European Space Agency financed the development and delivery of two station nodes. Europe’s investment gets “spent” within European industry, NASA gets two station nodes that do not impact ISS budget, and the Columbus laboratory gets launched: a win-win situation.

Creating a successful barter network requires partners agreeing that they are not established on a “dollar value versus dollar value” basis, but on perceived equality of the goods and services to be exchanged. Finding barter options within a program may not always be possible; therefore, mechanisms should be established to allow program-related barters to occur outside the program itself.

One major oversight of the original set of agreements that established the SSF cooperation was the lack of a defined mechanism for enlarging the partnership. The nature of the program made it difficult to accommodate new partners. The ISS is a single, integrated facility with finite resources—especially volume, power, and crew time. We devised a sharing concept to allocate on-orbit elements and the resources among the partners. Because of this construct, the ISS is not a program additional countries can simply join.

When Russia was invited to join the partnership, they had a number of modifications they wanted to see incorporated into the original intergovernmental agreement (IGA). Other partners then came forward with additional suggested revisions, at both the IGA and memoranda of understanding levels.

What was originally hoped to be a minimalist exercise the original negotiation. Planning for new partners should be considered in the beginning when embarking on future cooperative projects; it could help save time and effort down the line. 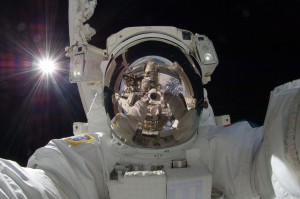 Another unexpected evolution in the program involves commercialization. The space station agreements expected and provided for commercial use, with partners assuming such activities would require ISS research capabilities in microgravity, such as medical and manufacturing research that would benefit from advances in crystal growth and fluid physics. However, the commercial interests have been quite different and have included advertising and sponsorship, space tourism, and other areas unrelated to the station’s research capacity.

This has led to another dilemma. Should each partner permit such commercialization according to its own rules, or is there merit in a common set of guidelines? Another question is whether the ISS can be marketed as a “brand,” similar to the way the Olympics have a recognized brand that can be marketed by different companies in return for a fee under an established set of rules.

Russia has filmed commercials onboard the station and has a program to fly paying customers, private citizens who can afford such an opportunity. Another opportunity under discussion includes a visit to the ISS as a prize for the winner of a contest. Is this legitimate commercialization, or inappropriate exploitation of a government-funded facility?

The partners have agreed to discuss common guidelines for commercialization but have not yet reached closure on this matter. When discussing commercial opportunities for future projects, consider that opportunities outside the box might appear and include a plan to address them.

It is optimistic to think one could craft the perfect agreement to flexibly accommodate all contingencies. However, the political decision-makers who approve large investments need to understand and commit to specific program elements or goals. Establishing key parameters is important, but so is including flexibility in such areas as evolution of the program and the addition of partners. Future changes and requirements are not easily predicted, so establish flexibility by defining a process to address downstream changes rather than trying to craft language for every possible new development. Below are some additional elements future negotiators may wish to keep in mind:

And it’s important to keep in mind that, regardless of best intentions, some aspects may have to be renegotiated.

Whether you’re establishing agreements or renegotiating, approach matters with an open mind. It’s impossible to identify every contingency in advance, but including “flexibility” in future cooperative agreements can help large programs adapt and thrive.