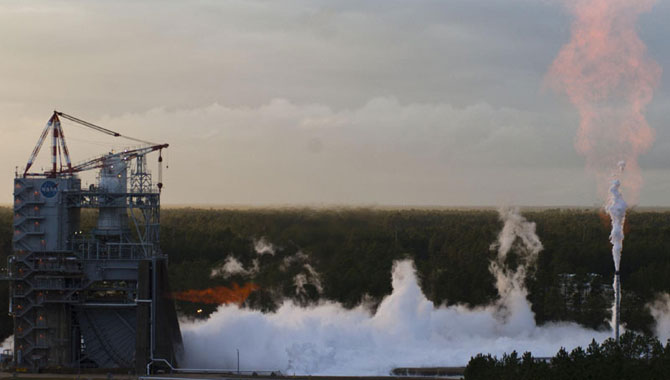 John Stealey: I think one of our biggest challenges is being able to readily access historical technical data online. Most importantly the design assumptions and calculations that go with the drawings.

ATA: Are there any successful knowledge efforts in your organization that you’d like to highlight?

Stealey: Not on a large scale, no. There are some cases where we have access to people that were here when current systems were put in place and we get to re-learn from them why they did some of the things they did.

ATA: Are there knowledge management efforts—either within NASA or other organizations—that you find particularly remarkable or innovative?

Stealey: I guess I’ve had my view of knowledge management broadened. I look at different things as part of the knowledge services offered, and based on what I’ve been reflecting about, I think we do more than I was actually giving ourselves credit for.

Ralph Zerick at Glenn Research Center, Ed Rogers at Goddard Space Flight Center, and David Oberhettinger at the Jet Propulsion Laboratory are doing some good things that I think Stennis should be emulating. Ralph facilitates knowledge capture for projects, Ed generates and leads case studies, and David has a good approach to putting knowledge capture in the design and other processes.

ATA: What’s the biggest misunderstanding that people have about knowledge?

Stealey: From my perspective, the biggest misunderstanding is that many people believe that if you’ve stored the information relative to a topic, you’ve captured the knowledge. “True knowledge” can’t be stored outside a practitioner’s mind. The only way to completely capture and maintain it is to use it. Without the application aspect all you have is an academic understanding, which isn’t necessarily a bad starting place for regaining the applicable knowledge in the future.

Other less abstract misunderstandings include: “I don’t have time to write it down and capture it,” or “If they do capture it, they won’t need me anymore,” and “I know what I need to know in order to do what I’m doing.”

A burst of flame from a J-2X Powerpack test-firing lights up the sky on Dec. 5, 2012 at NASA’s Stennis Space Center in Mississippi. For the first time, the Space Launch System team invited Twitter followers behind-the-scenes for an all-day Tweet Chat, allowing the public to track test day activities and ask questions during this 1,286-second test.