Back to Top
Home/APPEL News/APPEL News Digest/This Month in NASA History: From OCO to OCO–2 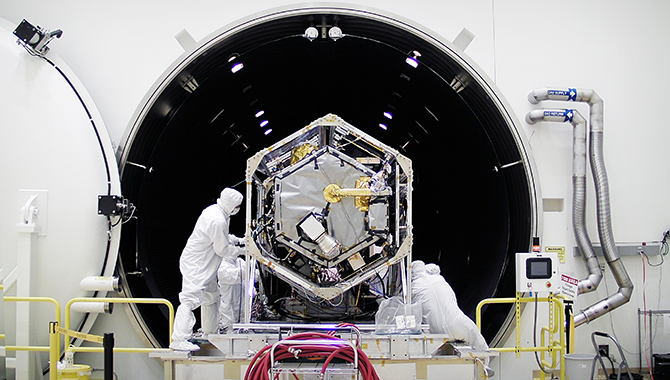 On February 24, 2009, at Vandenberg Air Force Base in California, the OCO team watched as a Taurus XL rocket carried their spacecraft toward the sky—and then plunge into the Antarctic waters.

During ascent, the payload fairing (the nose-cone covering that protects the spacecraft as it goes through the atmosphere) failed to separate from the launch vehicle, weighed down the final stage, and prevented OCO from reaching its injection orbit. Two years later in March, the Glory spacecraft met a similar end.

However, OCO would get a rare second chance to fly. Nearly a year after the original OCO spacecraft was lost, NASA authorized the formulation of OCO-2. The spacecraft was to follow the original design as much as possible, adhering to the adage that better is the enemy of good.

In July 2014, OCO-2 will join the Afternoon Constellation (A-Train) of satellites to “watch Earth breathe” by mapping carbon dioxide levels from space. With this data, which is fundamental to future missions identified by NASA’s Earth Science Decadal Survey, scientists hope to better understand our planet’s carbon dioxide sinks and emitters.

Learn more about the OCO-2 mission.

NASA’s Orbiting Carbon Observatory (OCO)-2 spacecraft is moved into a thermal vacuum chamber at Orbital Sciences Corporation’s Satellite Manufacturing Facility in Gilbert, Ariz., for a series of environmental tests. The tests confirmed the integrity of the observatory’s electrical connections and subjected the OCO-2 instrument and spacecraft to the extreme hot, cold and airless environment they will encounter once in orbit. The observatory’s solar array panels were removed prior to the test.