Back to Top
Home/APPEL News/INSIGHT/The First ‘A’ in NASA: Lessons Learned from NASA Aeronautics Projects 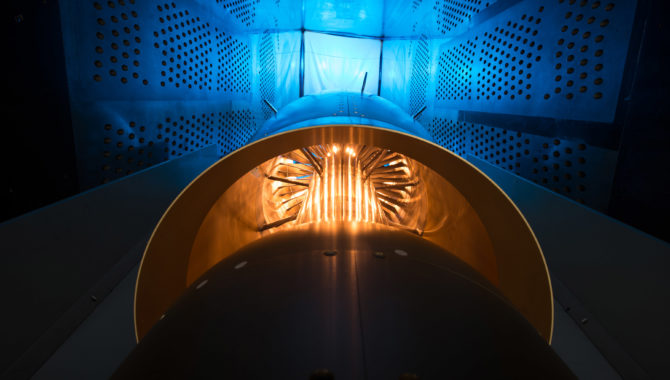 Inside the 8' x 6' wind tunnel at NASA Glenn, engineers recently tested a fan and inlet design, commonly called a propulsor, which could use four to eight percent less fuel than today's advanced aircraft.

Although NASA’s space missions garner the most headlines, the work of the Aeronautics Research Mission Directorate (ARMD) is no less impressive and continues to push the boundaries of commercial air travel, seeking to improve efficiency, while reducing fuel consumption and noise. In a Virtual Project Management Challenge (VPMC) in August, APPEL Knowledge Services looked at the first “A” in NASA.

“We have a very exciting portfolio that we are executing right now,” said Fay Collier, the associate director of flight strategy, Integrated Aviation Systems Program, NASA Aeronautics. One item in this portfolio is a concept known as Uber Elevate, which would employ vertical lift aircraft to connect rooftop landing pads to other landing pads and airports, reducing congestion on city streets.

“It’s like a taxi service, but we’re using the airport at the top of the building. We’re taking off. We’re flying maybe to another building. And, we’re avoiding a lot of ground traffic. We are building on those ideas that are widely publicized and we believe that they’re very exciting. NASA has a great opportunity to help enable some of that,” Collier said. 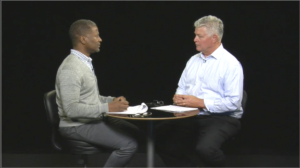 Collier shared lessons learned and management advice from the years he managed the Environmentally Responsible Aviation (ERA) project, which developed technologies to significantly reduce airliner weight and drag while decreasing noise and pollution by a staggering 75 percent.

ERA was a large, fixed budget, fixed schedule project, launched in 2009, scheduled to end in 2015, which it did. In those six years, more than 1,000 people worked ERA during some portion of the project. Roughly $420 million in government fund was bolstered by another $250 million from industry partners.

“The industry made a significant investment along with the government,” Collier said. “These were technologies that we believe are relevant and will find their way into the fleet over time.”

Leading a project this large was a challenge that caused Collier, who holds a Ph.D. in aerospace engineering from Virginia Tech, to remove himself from the front lines of the engineering debates and focus on project and risk management.

“You have got to say, ‘Hey, maybe I’m no longer the engineer. I’ve got a bunch of engineers, let’s just let them do their work and listen to what they have to say.’ That was a big lesson for me. I think if you want to get a head start on a project, start that way. In order to manage the mission, you have to get out of the minutia.”

“We call TRL 6 the Technology Valley of Death,” Quon said. “A lot of technologies … will die and not make it to implementation because [they weren’t] mature enough to give to the implementers. And then the implementers can’t take raw research or developmental pieces and turn it into production, because it’s just not mature enough.”

The ATD team was cognizant of this issue and worked to “advance the technologies in an integrated fashion to the TRL level that implementers can take them and transfer them,” Quon said. The ATD-1, completed in 2017, demonstrated an integrated suite of software that helps controllers and flight deck crews better plan and execute arrival operations. The technologies enable tighter schedules, increasing the fuel efficiency of arrival operations.

In both the ERA and ATD programs, NASA developed the technology to the point of implementation and now the private sector can implement it into aircraft designs.

“If you refer back to the [National Aeronautics and] Space Act of 1958, you’ll see that the language in there carries from [National Advisory Committee for Aeronautics] NACA through the establishment of NASA the role [in] aeronautics of inventing new technology, maturing it, and transitioning it to the public,” Collier says.

“In this case [ERA], the public receives that technology through better, more efficient, quieter airplanes. This is part of our mission, and we’ve worked very hard at establishing a solid relationship with the community, trying to understand what [the] needs are, marrying technology coming from our very smart researchers and scientists with the needs of the industry. It’s a good marriage,” Collier added.

Watch the full VPMC, The First “A” in NASA: Lessons Learned from NASA Aeronautics Projects

Browse the archives of past VPMC sessions