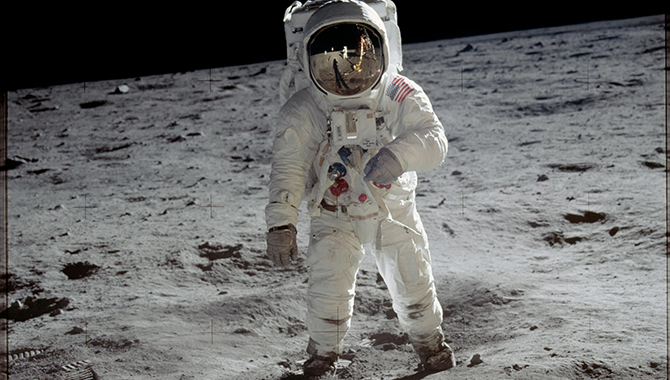 Astronaut Buzz Aldrin walks on the surface of the moon near the leg of the lunar module Eagle during the Apollo 11 mission. When NASA returns to the Moon, it will be with commercial partners.
Credit: NASA

Payload program is envisioned to foster a robust commercial space program in which NASA is one customer among many.

When NASA returns to the Moon in the next decade, it will be with a dramatically reshaped space program in which commercially owned and operated spacecraft support bold new missions to advance science and better understand the Moon’s resources, which could play an important role in future human space exploration.

NASA recently announced nine partners who can now bid on missions to deliver or support science and technology payloads to the Moon through the Commercial Lunar Payload Services program. Robotically delivering scientific equipment and payloads to the Moon will enable NASA to remotely conduct research there as work on the human spacecraft, Orion, moves forward.

“We are doing something that has never been done before. We want to be one customer of many customers in a robust marketplace between the Earth and the Moon. We want multiple providers that are competing … on cost and innovation,” said NASA Administrator Jim Bridenstine, at an event announcing the commercial partners. The program aligns with Space Policy Directive 1, signed by President Donald Trump on December 11, 2017.

Thomas Zurbuchen, Associate Administrator of NASA’s Science Mission Directorate, said NASA’s return to the Moon will enable scientists to conduct important research that’s not possible anywhere else. As an example, he pointed to an Apollo experiment in which astronauts placed aluminum foil on the surface of the Moon. 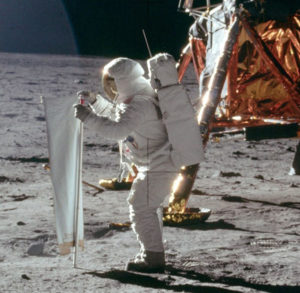 “Very simple experiment. And that foil collected material from the sun. Material we can’t get here because the magnetic field and the atmosphere’s in the way,” Zurbuchen said. “The material was brought back to Earth, and [it] provided the best measurements of the Sun that [we] had for 25 years. Only a decade or so ago, an instrument that I was part of building exceeded the accuracy of that method.”

Bridenstine noted that this new Commercial Lunar Payload Services program represents a shift for NASA, which has traditionally viewed the Moon first as a target of human exploration. The new program is being driven by the Science Mission Directorate of NASA.

“You should not be surprised if I’m standing here as a scientist really excited about exploring this celestial body right next door to us.”

The companies will bid on providing a range of services, including payload integration and operations, launching from Earth and landing on the surface of the Moon. NASA expects this to help build a robust commercial space industry in which the Agency is just one prominent customer among many customers.

Missions could begin as early as 2019 under the program, which will be able to award a maximum of $2.6 billion over the next 10 years. NASA will weigh the technical feasibility of a company’s proposal, as well as the price, schedule, and other factors when comparing bids from the companies.

As NASA works toward a human flight to Mars, the Moon’s resources have come into sharper focus. Soil samples returned by the Apollo program reveal that the Moon has large deposits of Helium-3, a lightweight isotope of the Helium found in balloons. Although Helium-3 is exceptionally rare on Earth, scientists who have experimented with it see great potential as a source for nuclear fusion.

Decades after the Apollo program, the scientific community theorized and then confirmed that the Moon’s poles contain significant amounts of water ice. These areas are also known to contain volatiles. This means those areas could contain resources with potential as fuels.

“You should not be surprised if I’m standing here as a scientist really excited about exploring this celestial body right next door to us,” Zurbuchen said. “The moon is full of secrets that we don’t know yet.”

Joining the announcement via satellite, Astronaut Stanley Love said that “while all the astronauts will be ready to launch to the moon tomorrow if they had the chance, we understand that we have some smaller steps to take first. The commercial lunar payload services is one of those…”