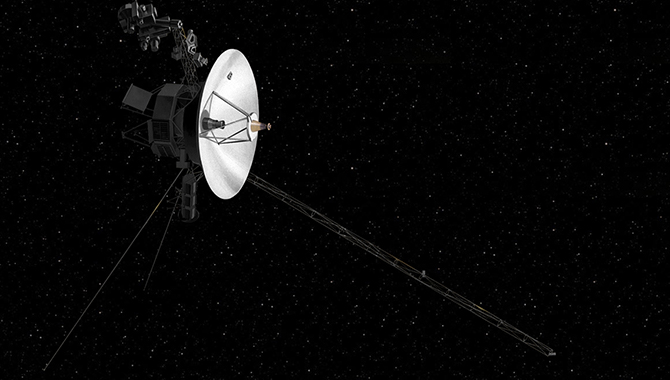 Probe that rewrote textbooks in the 1980s reaches a remarkable milestone decades later.

As 2018 draws to a close, and NASA missions expand the limits of science and engineering at the Sun and in the Kuiper Belt, the Voyager team announced news 41 years in the making. Voyager 2, a space probe launched by NASA on August 20, 1977, left the heliosphere in November. It is traveling through interstellar space, about 11 billion miles from Earth.

This is a rare milestone, reached only once before—by Voyager 1—in 2012.

The Voyager team analyzed data sent back to Earth by Voyager 2 to discern that the spacecraft had reached this milestone. Unlike Voyager 1, however, Voyager 2 traversed the heliopause—the contact sheet between the Sun’s ions and the Galaxy’s ions—with its plasma detectors functioning and will be able to send that data back to Earth, increasing scientific understanding of that distant boundary.

The heliosphere is a large bubble created as the Sun sends ionized material outward at a million miles per hour, according to Edward Stone, the Voyager mission’s project scientist. “Inside the bubble, most of the material has come from our Sun. The magnetic field has come from our Sun. Outside the bubble, most of the material comes from other stars that exploded 5, 10, 15 million years ago.”

“We have an instrument that measures the wind coming from the Sun, and we saw, in fact, there was no longer any measurable solar wind. We had left the bubble, basically,” Stone said.

This becomes more impressive when you consider the technology the Voyager spacecraft employ.

“They were launched in 1977. That’s a long time ago. We say 41 years, but it’s really two generations ago,” said Suzanne Dodd, the mission project manager, in a video announcing the milestone. “Your smart phone has 200,000 times more memory than what the Voyager spacecraft have. So, it’s just exciting that we’ve been able to get it into interstellar space.”

The Voyager spacecraft were essentially identical when launched in 1977. They carried television cameras, infrared and ultraviolet sensors, magnetometers, plasma detectors, and cosmic-ray and charged-particle sensors. Because they were destined to travel far from the Sun, they are powered by radioisotope thermoelectric generators (RTGs).

In the 1980s, they mesmerized the world with unprecedented images of the largest planets in our solar system. The Voyager missions dramatically expanded understanding of the solar system. 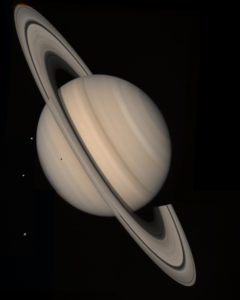 “Voyager 2 was the one that was chosen to do the “grand tour,” that is fly by Jupiter, and then Saturn, and then Uranus, and then Neptune. Voyager changed our view of the solar system, really,” said Stone, noting that the mission revealed active volcanoes on Jupiter’s moon, Io, and the possibility of an ocean on Europa.

“Time after time, we were discovering things that we had not really imagined some years before the Voyager mission,” Stone said.

What is now called the Voyager Interstellar Mission, began in 1989, after Voyager 2 completed a flyby of Neptune. “We were on a path, we hoped, to get to reach interstellar space while we still had power in the spacecraft to transmit the data back. And that’s what Voyager 1 did in 2012, and that’s now what Voyager 2 is starting to do in 2018,” Stone said.

The Voyager team switched off nonessential instruments in 1998 to maintain the spacecraft’s power for as long as possible. Current estimates are that Voyager 2 will continue to send data back to Earth until at least 2025, long enough to give scientist unprecedented data from interstellar space.

“The team has been looking forward [to] this for a long time, and really working hard in an engineering sense to make this day happen and to keep the spacecraft with all the systems on so that … all five instruments could sense the heliopause crossing and have data for that,” Dodd said.