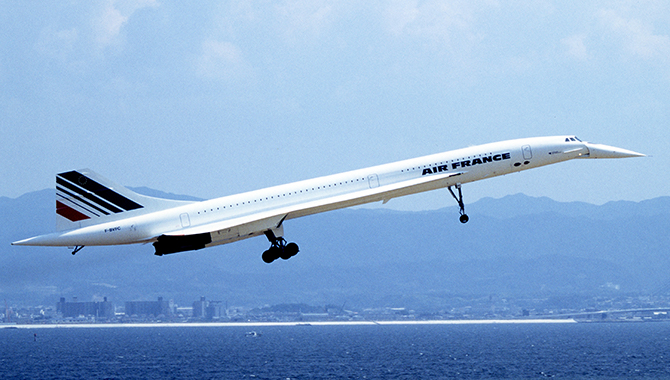 Luxury supersonic aircraft that pushed the design envelope was felled by an improbable chain of events.

The Concorde airliner was a technical marvel that commercialized supersonic flight, for decades carrying wealthy passengers between large cities at twice the speed of sound. But was the Concorde’s masterful design also its Achilles heel?

In a fascinating new case study available here, Roger Forsgren, NASA Chief Knowledge Officer and Director of APPEL Knowledge Services, examines the radical engineering that made Concorde possible and the improbable chain of events that caused Flight 4590 to crash shortly after takeoff from Charles de Gaulle Airport on July 25, 2000, killing all 109 on board and 4 on the ground.

With its streamlined profile and fixed delta wing design, Concorde struck a majestic pose on the tarmac, which was augmented by the presence of its massive Olympus engines. “It’s an incredible piece of engineering and a fascinating piece of aviation history,” Forsgren said.

This elegant design, however, was marked by engineering compromises to enable the plane to fly at Mach 2 over oceans and at subsonic speeds over land, avoiding startling sonic booms in large cities. The case study details Concorde’s bold engineering and the dramatic transformations that occurred to the plane during sustained supersonic flight.

“Safe air flight is a marvel of our modern world and NASA has played a significant role in making air travel routine and incredibly safe. I think Concorde shows that bold design belongs with experimental aircraft,” Forsgren noted.

“I think technology has matured to the point that today we can seriously look, once again, at supersonic commercial flight,” Forsgren added. “NASA is very much involved with this effort.  But it’s going to be different this time. We’ve learned from the past.  The next generation of supersonic flight will be designed from the lessons learned from Concorde.”

Those lessons learned and more are in Case Studies.