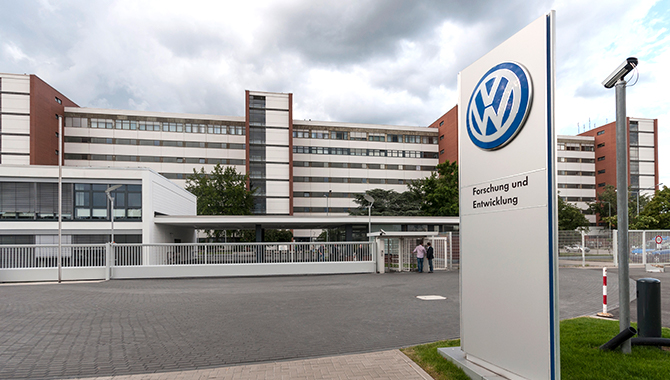 When West Virginia University’s Center for Alternative Fuels, Engines and Emissions was asked to perform real-world testing in California on the latest “clean diesel” engines from Volkswagen, their eye-opening results shook the automotive industry, revealing an emissions cheating scandal that ultimately cost the automaker $2.8 billion in federal fines and another $18.32 billion in expenses in an attempt to rectify the deception.

In this case study of what became known as Dieselgate, Roger Forsgren, NASA’s Chief Knowledge Officer, examines how the unrealistic—and perhaps impossible—goals set by the automaker to simultaneously push engine power levels up and emission levels down left engineers working on the project with an ethical test that they ultimately failed.

Forsgren said that while following the news coverage initially, he had considered the scandal a corporate issue. But after researching it more thoroughly, he realized the role engineering played and that the scandal held important implications for any engineer.

“Originally, it seemed inconceivable that a huge company like Volkswagen would be engaged in such an enormous deception, but it demonstrates the ‘slippery slope’ involving decision making when you’re under enormous pressure to develop a cutting-edge design,” Forsgren said.

Aside from the important lesson of holding onto your personal ethics in the face of professional pressure, Dieselgate highlights the tremendous responsibility engineers hold in society. “Arthur C. Clarke once commented that, for the average person, ’…advanced technology is indistinguishable from magic.’  And it’s true. Most people who use a computer or drive a car or text on their cellphone don’t understand how they work. Sometimes an engineer may feel the temptation to exploit that lack of technical understanding.  Volkswagen engineers were tasked with designing the impossible and found themselves designing deceptive software instead to make their design work,” Forsgren said.

The case study includes the story of one of these engineers, Oliver Schmidt, a brilliant man who rose through the ranks at Volkswagen, was sent to the United States to better understand the demands of this crucial market, and who ultimately paid a high personal price for his role in the scandal.

Forsgren hopes the case study will help NASA’s technical workforce better understand the intense pressure to succeed that many engineers and project teams are under and how this pressure can drive negative outcomes.

“We have a unique system in place at NASA called, technical authority, to help guard against such transgressions,” Forsgren explained. “It is every NASA employee’s responsibility to understand and practice technical authority to ensure we do the right thing.”

This adds to APPEL KS’s growing collection of Case Studies.