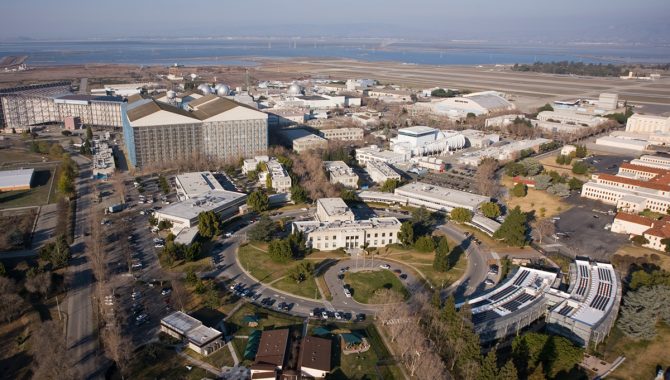 NASA is simultaneously exploring the brutal heat of the Sun’s corona, the dusty surface of Mars, the icy debris of the Kuiper Belt, and the unchartered territory beyond the solar system’s heliopause, while also preparing to launch the world’s most powerful rocket in support of efforts to establish a permanent human presence at the Moon to inform later missions to Mars.

A new economic impact report indicates that while NASA is pushing these boundaries of science and engineering, it is also serving as a significant economic engine in the United States, supporting total labor income of $23.7 billion in Fiscal Year 2019 and generating a total of more than $64.3 billion in economic output.

“In this new era of human spaceflight, NASA is contributing to economies locally and nationally, fueling growth in industries that will define the future, and supporting tens of thousands of new jobs in America,” said NASA Administrator Jim Bridenstine, in a press release accompanying the report.

The Nathalie P. Voorhees Center for Neighborhood and Community Improvement at the University of Illinois at Chicago, which specializes in applied research of economic development strategies and their impacts, prepared the report. The center examined NASA’s economic impact for 2019 across a broad economic spectrum, from the direct contributions of NASA’s own activities, to the indirect impact of NASA’s considerable contracting and supply chain activities, to the broader, induced effects that occur when employees or contractors participate in the wider economy as consumers.

“… NASA’s economic impact goes well beyond its immediate employment footprint. Wide-ranging benefits are created for local and state economies as well as the U.S. economy as a whole as NASA contracts for goods and services boost activity throughout in the economy. The nearly $19.3 billion in contracting activity originating from NASA is very diverse, involving varied sets of manufacturing and service production sectors,” the authors note in the report’s executive summary. 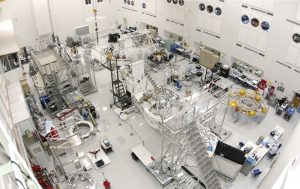 The impacts are felt in all 50 states but are greatest in the states with a NASA facility. California, home to Ames Research Center, Armstrong Flight Research Center, and the Jet Propulsion Laboratory at the California Institute of Technology, leads the nation, with $16.6 billion in total economic output. Texas, home to the Lyndon B. Johnson Space Center, is second on the list, at $8.7 billion. New York is third on the list at $7.45 billion.

NASA has an economic output of more than $1 billion in five other states—Alabama, home to the George C. Marshall Space Flight Center, $6.1 billion; Florida, home to the John F. Kennedy Space Center, $5.9 billion; Virginia at $5.5 billion; Colorado at $4.5 billion; and Ohio at $2.3 billion.

In addition to NASA’s overall impact, researchers looked specifically at the impact of the Moon to Mars Program, which will establish a sustainable, long-term human presence at the Moon and use knowledge and experience gained there to inform a crewed mission to Mars. That far-reaching effort encompasses the Orion spacecraft, the Space Launch System, the Gateway lunar orbiting outpost, and lunar landers from commercial partners.

“… Approximately 22% of overall NASA agency impacts in the U.S. are attributable to the [Moon to Mars] M2M program,” the authors note. “It is still early in the M2M program; consequently, the contribution is expected to grow larger with the addition of other elements beyond 2019.”

M2M supported about 69,200 jobs in Fiscal Year 2019, with a total labor income of $5.2 billion. The total economic output of NASA’s M2M program was $14.1 billion, about 22 percent of NASA’s total economic impact. The program is also generating an estimated $1.5 billion in federal, state, and local tax revenues.

Five states were already experiencing more than $1 billion in economic output from the M2M program in Fiscal Year 2019, with significant growth expected in the years ahead. M2M economic impact was $3.28 billion in Alabama; $2.6 billion in Colorado, $2.3 billion in Texas, $2 billion in Florida, and $1.6 billion in California. The economic impact is spread beyond NASA’s centers, however, with 28 states seeing effects of at least $10 million.

“With an investment of just one-half of 1% of the federal budget, NASA generates significant total economic output annually,” Bridenstine said. “This study confirms, and puts numbers to, what we have long understood—that taxpayer investment in America’s space program yields tremendous returns that strengthen our nation on several fronts—a stronger economy, advances in science and technology, and improvements to humanity.”