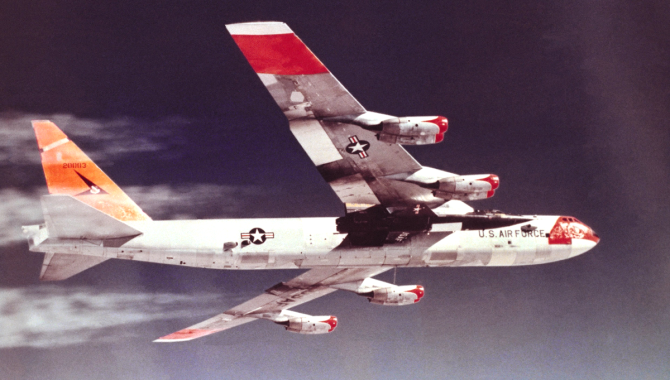 Rocket plane pushed the boundaries of aeronautics at dawn of the space race.

On a bright Thursday in late October 1968, an NB-52 Stratofortress soared over western Nevada at an altitude of 45,000 feet. Tucked beneath its right wing was the X-15—a sleek rocket plane with a heavily reinforced cockpit and a fuselage packed with large fuel tanks and a rocket engine capable of producing 57,000 lb. of thrust. That was enough to propel the aircraft to speeds well beyond 4,000 mph and to altitudes that qualified eight pilots for astronaut wings.

When the X-15 was released by the NB-52 that day, NASA research pilot William H. “Bill” Dana ignited the Thiokol XLR-99 rocket engine, which began burning through anhydrous ammonia and liquid oxygen at a thunderous rate, emptying the tanks in less than two minutes. By that time, he was traveling Mach 5.38 at an altitude of 148,000 feet. 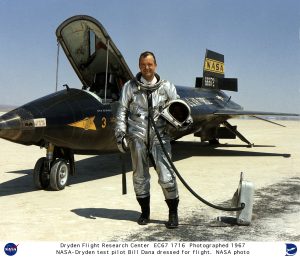 NASA research pilot Bill Dana is seen here next to the X-15 #3 rocket-powered aircraft after a flight.
Credit: NASA

Dana didn’t know it, but he would be the last pilot to fly an X-15. Flight 199 would mark the end of nearly 10 years of hypersonic research that saw X-15s reach a top speed of 4,520 mph—still considered the fastest human rocket plane flight—and cross the Kármán line into space twice. A scheduled 200th flight was cancelled.

Development of the X-15 began in the early 1950s, building upon the success of the Bell X-1 and the Douglas D-558-1 Skystreak. NASA’s predecessor, the National Advisory Committee for Aeronautics (NACA) issued requests for proposal (RFPs) in late 1954, ultimately selecting North American Aviation to build the planes and Reaction Motors to supply the engines.

“The goal of this planning was relatively simple: higher and faster, move the bounds of the envelope. At this time, there was no mission consideration other than research. The goal was seeking information that would assist in the development of future military and civil airplanes,” said Walter C. Williams, a pioneering engineer who served as NACA’s project engineer on the X-1 and chaired the Flight Test Steering Committee for the X-15.

“One of the efforts other than the vehicle itself was a determination of the problems that would be studied in order to define the vehicle requirements,” said Williams, speaking at an event marking the 30th anniversary of the X-15’s first flight.

Those flight problems included the effects of aerodynamic heating on a plane’s structure, how to maintain stability and control in very-low-density air, techniques for entering and exiting the atmosphere, monitoring and navigation, and the effects of supersonic flight on the human body.

“An airplane configuration was developed which became the baseline for all studies and was included in the proposal as an example of a design that would meet the research requirements,” Williams recalled. The rocket plane that evolved during development was close to that original configuration, a conventional fuselage aircraft 50 feet long, with thin wings that spanned just 22 feet. It weighed about 34,000 pounds at launch and just 14,000 pounds at landing.

“I had the rare privilege, and it was just that, to make one of those flights to beyond Earth’s atmosphere,” said Maj. Gen. Robert M. White, the U.S. Air Force’s primary pilot for the X-15. “To go high was easy, merely point the airplane to the sky and the power of the rocket engine sent you on its way. It was the coming back that was more difficult and demanding on both the pilot and the X-15.”

White, speaking at the anniversary event, described the narrow corridor that X-15 pilots had to fly within to avoid losing control of the aircraft or destroying it in Earth’s atmospheric friction. While navigating this corridor at tremendous speed, g-forces were building that pushed the pilot down into the seat and toward the instrument panel. 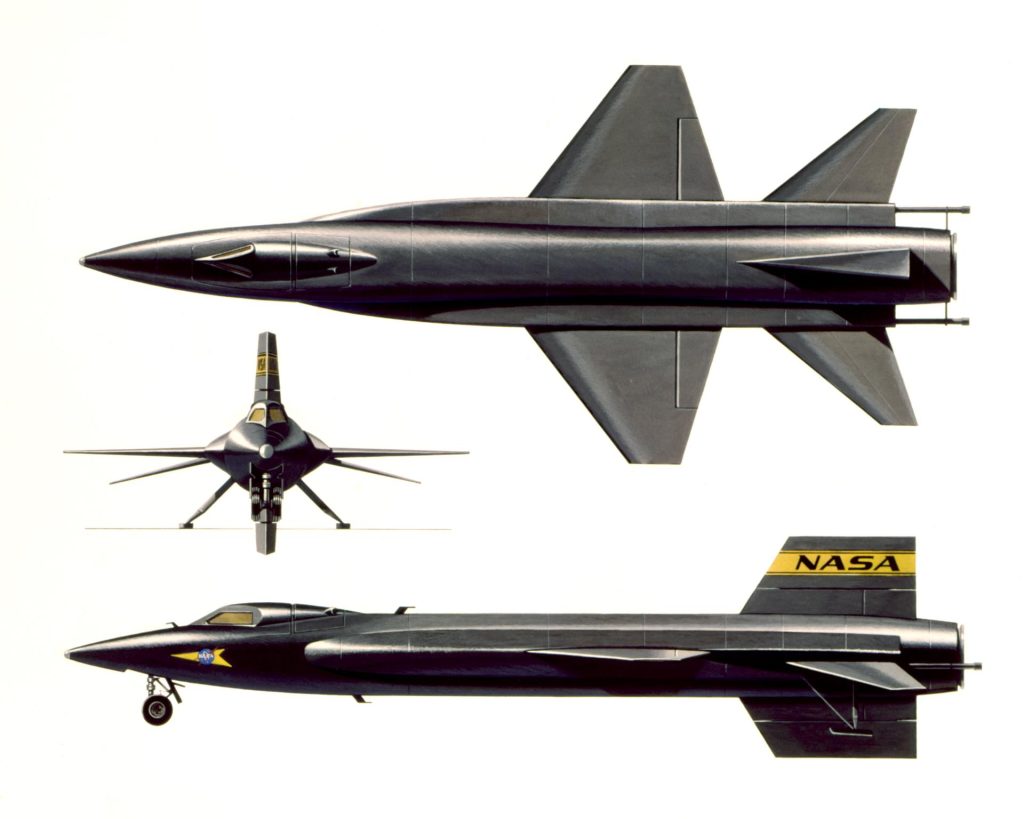 “The nose of the aircraft hunted back and forth, left and right, left and right, at a frequency a pilot does not enjoy…,” White said. “Then the sounds, bangs, and booms through the aircraft, loud, often. ‘What the hell,’ I wondered, ‘are we coming apart?’ I pictured an Asian bell about 20 ft in diameter with some strong guy with a hammer about 6 feet long, beating that bell to death. The answer, simple enough: the flight control system working at its maximum potential was banging against its stops.”

With the fuel spent on October 24, 1968, 53 years ago this month, Dana was flying without propulsion, about 10 minutes from Rogers Dry Lake outside Edwards Air Force Base and closing fast. He landed there, gliding down to the prehistoric lakebed at 200 mph, touching down with the X-15’s landing gear—a nose wheel without steering and a pair of skids at the tail.

“The aft landing skids have been questioned many times,” recalled Dr. Harrison A. “Stormy” Storms, Jr., chief engineer on the X-15 project during development. “But if you can figure out how to put a conventional gear into a 5-percent-thick wing and struts long enough to reach the ground in the landing attitude without losing the back end of the fuselage, be my guest! The current skids were located … as the best solution to a difficult problem from a weight, temperature, and simplicity point of view.”

The X-15 that Dana landed that day in 1968 is now at the Smithsonian Institution’s National Air and Space Museum. The 750 technical reports generated by the program informed advances in aeronautics and the aerospace industry for decades to come. For instance, the dramatically elevated heart rates investigated in X-15 pilots—145 to 185 beats per minute during flight—were attributed to the tremendous stress they were under and seen later in astronauts as well. The lessons learned returning from space and landing the X-15 informed the design of NASA’s space shuttle.

“The X-15 was not controversial, it was audacious,” White recalled. “It literally vibrated the imagination that this aircraft would double the fastest speed by more than 3 whole Mach numbers and, oh my gosh, fly out of the atmosphere, into space, and back again to an on-Earth landing. The X-15 did these things and many more…”