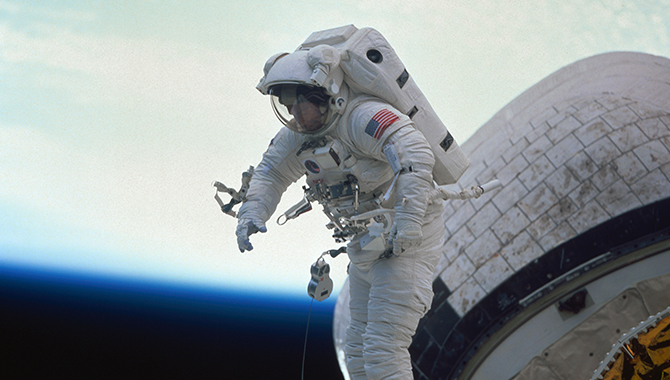 "As a result of this course, I developed a much broader perspective of all the individual pieces that must be included in the overall mission design – from the space environment to the system design."
"I very much appreciated the hands-on activity piece where we were able to think through our own mission design and decide on mission architecture. The process of designing calculating and comparing missions makes the ideas stick in my head much better than simply hearing about them in a lecture format."
"This course was a great chance to take a step back from the detailed work that I usually do and get a big picture view of how space systems work together and the design-risk-cost trades that are a part of space system design."

The course involves real-world design exercises aimed at helping participants apply the techniques and guidelines presented once they return to work. An integrated example of a Lunar Base Mission is used throughout the course to illustrate each of the design areas covered.

This course is designed for NASA’s technical workforce, including engineers, systems engineers and project personnel involved in creating overall mission architectures, detailed design and the operation of systems.

Click here to watch a video tutorial of the APPEL Course Registration Process.

Dr. Michael DeLorenzo (BGen, USAF, retired) is Professor Emeritus at the United States Air Force Academy (USAFA) and former head of the USAFA Department of Astronautics with over 31 years of research and development experience in astronautical engineering. He has served in numerous Air Force science and engineering leadership positions to include the Vice Commander of the Air Force Research Laboratory, headquartered at Wright-Patterson AFB, OH. His doctoral research was conducted at Purdue University and specialized in the control of large flexible spacecraft. He is an AIAA Associate Fellow and an adjunct professor at Stevens Institute of Technology.

Dr. Wiley Larson is managing editor of McGraw-Hill’s Space Technology Series and editor and co-author of Space Mission Analysis and Design, co-editor of Applied Space Systems Engineering and 18 other reference books on space systems. He is a Distinguished Service Professor for the Space Systems Engineering Master's program at the Stevens Institute of Technology and was former director of SpaceTech’s Masters Program in Space Systems Engineering at Delft Technical University in The Netherlands. He has also served as Head of Engineering at the International Space University in Strasbourg, France, and has over 30 years experience in space launch, satellite integration and test, space mission design. He has consulted with numerous government and industry organizations and taught thousands of people globally. Wiley is an elected member of the International Academy of Astronautics.

Dr. Randy Liefer is a Associate Fellow of AIAA with over 30 years of aerospace engineering experience. He has earned advanced degrees from the Massachusetts Institute of Technology and the University of Kansas. He has served as Division Chief and Deputy Head of the Department of Astronautics at the U.S. Air Force Academy, and has been a member of the AIAA Space Systems Technical Committee. He is currently a lecturer at European SpaceTech Masters Program in Space Systems Engineering; an instructor at the Air Force’s National Security Space Institute; and is an adjunct professor at the Stevens Institute of Technology.

Dr. Jerry Jon Sellers, is author of Understanding Space: An Introduction to Astronautics, and is a contributing author and editor of Applied Space Systems Engineering. He was the director of the U.S. Air Force Academy’s Space Systems Research Center. He has over 25 years of space systems experience including Guidance & On-board Navigation Officer in Space Shuttle Mission Control; Assistant Professor of Astronautics at the U.S. Air Force Academy; and Chief of Astronautics for the Air Force European Office of Aerospace Research & Development. He is an Associate Fellow at AIAA and the former Chairman of the Space Systems Technical Committee. He is also an adjunct professor at Stevens Institute of Technology.

Peter Van Wirt develops/instructs courses in space systems engineering and consults to help improve SE capabilities. He is an Adjunct Professor with The Stevens Institute of Technology and instructs at the National Security Space Institute. He has served as a PM&SE for a variety of Air Force engineering developments and has over 29 years of aerospace engineering experience. He earned his doctorate at the Utah State in Control Theory.

Curriculum Question? Contact the curriculum lead below for assistance.