Back to Top
Home/30/ASK Magazine/Juno: Making the Most of More Time 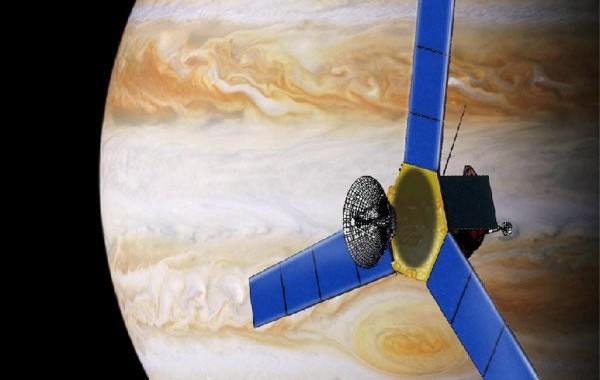 Juno was selected in 2005 with an initially scheduled launch in 2009. Almost immediately, though, NASA Headquarters warned us that budgetary issues would delay the launch a year or two and asked the project team to prepare a cost assessment for a 2010 launch. We completed that task in November 2005. Six months later, NASA informed us that budget issues would cause a further delay, and the launch date would be in 2011. This required the project team to re-plan yet again. 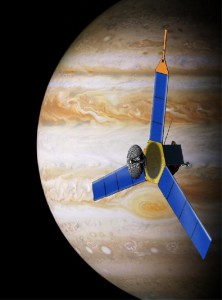 The schedule change posed challenges for the Juno team. One was dealing with the budgetary implications of delay. Inflation would add cost, as would the personnel and management expenses of a longer project, even with the team size frozen at a low level during the early years. Continuing budgetary concerns also increased pressure to accurately estimate, manage, and minimize the revised budget associated with the launch delay. Another challenge was figuring out how to maintain our heritage designs and retain skilled personnel, making the best use of their expertise during the suddenly extended early stages of the project.

We decided to take advantage of our unusually long Phase B—the definition and planning phase that precedes design and development—to evaluate and address the risks inherent in this complex mission. Part of NASA’s New Frontiers program, Juno will enter a polar orbit around Jupiter in 2016 and begin making precise measurements of the planet’s gravity, magnetic fields, and atmosphere. The new information the spacecraft acquires about the structure and composition of the giant planet and its atmosphere will vastly increase scientists’ understanding of how such planets form, which is key to understanding how the rest of our solar system formed. A typical Phase B for a project of this size lasts about a year; ours would be almost three years long.

We hoped we could use that time to avoid and reduce some familiar perils of science missions—among them incomplete or misunderstood requirements, costly late design changes, communication gaps between scientists and engineers, and the tendency of reality to negate overly optimistic expectations about reusing technology from other missions and reveal mismatches between requirements and capabilities.

Juno’s Phase B started in November 2005. We’re now only a few months from the end of that planning phase and can look at some of what’s been accomplished.

Being there in person encourages “sidebar” conversations that don’t happen during a teleconference.

One undeniable benefit of the extended Phase B was the time it gave us to unify the team and communicate effectively. We are a diverse, geographically distributed team, with participation from the Jet Propulsion Laboratory (JPL), Lockheed Martin, Goddard Space Flight Center, the University of Wisconsin, the Southwest Research Institute, the Applied Physics Laboratory, University of Iowa, Italian Space Agency, and elsewhere. These groups have different cultures, different expectations, and their own ways of communicating. The English language is imprecise; the same words may have different meanings for the speaker and listener. The more you talk about things together, the more mutual understanding you get—and the more each group grasps and respects the challenges and issues other groups wrestle with. By increasing understanding and trust, those conversations improve the chances of developing solutions that work for everyone.

Among our communication efforts have been workshops to discuss JPL’s flight project practices and design principles that have helped identify potential misunderstandings and conflicts. We also had a payload “road show” to conduct indepth conversations with each instrument provider regarding the project’s requirements and expectations in multiple areas (including mission assurance requirements, environmental requirements, design principles, and processes), to identify disconnects and associated risks, and to agree on the path forward. These far-ranging discussions have given us a chance to deal with issues that otherwise would arise one by one in later phases, resulting in less than optimal solutions. In order to ensure frequent communication, enhanced team integration, and timely identification and resolution of issues, we have established a robust command, control, and communication structure comprising biweekly integrated management and engineering team meetings, weekly project system engineering team meetings, weekly Juno payload engineering team meetings, and semimonthly management reviews of the entire project, to name a few. These meetings have broad participation from all discipline areas: the science team, systems engineering teams, management teams, and business teams.

More than a year and a half of frequent in-person and phone meetings of science, engineering, and payload personnel in seven working groups helped the team work out the mission’s requirements and understand the trade-offs between research capabilities and engineering and budget limitations.

JPL people meet in person, with others calling in to the meetings, but we take advantage of chances to get people together. I have set up a standard rotation process among myself, Rick Nybakken (deputy project manager), Doug Bernard (project system engineer), and Sammy Kayali (project mission assurance manager) so that we have a presence at Lockheed Martin, the flight system contractor, each week. A similar process is followed at lower levels as well. Being there in person encourages “sidebar” conversations that don’t happen during a teleconference; you see how team members interact outside formal meetings; you get a sense of what’s really going on and a better grasp of people’s concerns; and you develop a better sense of how people think and talk than you can get at a distance. As Doug Bernard has said, “People need to know each other well enough to interpret remarks made on the phone. In-person meetings give you a better chance to catch their intentions.”

More than a year and a half of frequent in-person and phone meetings of science, engineering, and payload personnel in seven working groups helped the team work out the mission’s requirements and understand the trade-offs between research capabilities and engineering and budget limitations.

Every mission involves trade-offs. Our longer Phase B has given us the luxury of taking the time to really understand them, not just choose one option and move on. We have had time to put together explanations of why we made the choices we made, which helps reconcile people to the decisions, even the ones that did not go the way they wanted. And the more extensive study and discussion have led to some solutions that work well for everyone, while decreasing mission risk within our technical, schedule, and budget constraints.

One of these studies focused on the selection of our initial Jupiter orbit. The question was whether we should modify the original plan of going immediately into an eleven-day orbit around Jupiter or go instead into a larger, seventy-seven-day initial orbit, dropping down to the eleven-day orbit later. That change would save fuel (and therefore mass). It would have other advantages, too. The mission’s operations people liked the idea of having time in high orbit to prepare for the lower orbit, where the full suite of science instruments would be turned on. The large orbit would also give scientists a good opportunity to study Jupiter’s polar magnetosphere, never before visited. On the downside, the higher orbit would change our orbital geometry, slightly increasing the total radiation dose.

The mission design and navigation team studied the options and reported back to the project systems engineering team. That team clarified which options should be studied further. The subsequent trade study of those reduced options led to the high-orbit choice.

Another trade study regarding Juno’s spin rate (the spacecraft is spin stabilized) involved the entire science and payload team. The original plan called for a 3 rpm spin rate. The magnetometer principle investigator asked if we needed that high a spin rate, because the magnetometer’s star tracker was not certified at 3 rpm. But the microwave radiometer instrument team wanted the higher spin rate, which would give them more measurements since their instrument would more frequently point toward the planet. The microwave radiometer team analyzed in depth the impact of various spin rates on data collection and determined that there was little science opportunity cost as long as the spin rate stayed at 2 rpm or higher. The spacecraft design was also simplified by reducing the spin rate. The full team agreed that 2 rpm would work well for all parties.

More Time to Test and Choose

Our extended Phase B has given us more time to develop and evaluate options for critical mission elements. Juno’s Stellar Reference Unit (SRU)—the camera to measure star positions and use them to determine the spacecraft’s attitude—is a good example. No one has yet built an SRU guaranteed to tolerate the radiation environment in which Juno operates, in concert with the spacecraft’s spin rate. Our extended schedule has allowed us to write Phase B study contracts with two prospective vendors. They will design and test their approaches, including radiation tests. A “shootout” at the preliminary design review— considering technical, schedule, and cost performance—will allow us to determine which is the best choice.

We also have used the additional time to test and analyze the cells of Juno’s large solar array in a realistic manner—absolutely critical for the first mission that will be solar powered so far from the sun and in Jupiter’s harsh radiation environment.

Our Phase B Benefits

Juno is a demanding mission, with as large a set of instruments as you would expect to see on a more expensive flagship mission and the technical hurdles of providing adequate radiation shielding and deep-space solar power. It has as well the familiar challenges every mission faces: bringing together diverse organizations into a cooperative team, making trade-offs between science and engineering, maintaining budget discipline, and identifying and mitigating risks.

We think our extended Phase B has put us in an excellent position to meet these demands and avoid common problems. Thanks to having scientists and engineers working closely together for so long, we think we have developed a set of realistic requirements that balance science capabilities and engineering realities. Early prototyping of the science instruments should reduce incompatibilities and other glitches when the spacecraft is built. We think we are less likely to confront the unpleasant surprises of requirements changes later on, when they are more costly and difficult to deal with. Having had time to involve mission ops people in our deliberations should help avoid the problem of discovering mismatches between operational requirements and mission design later.

Time will tell how much of this very extensive Phase B work pays off, but we are moving on with a lot of confidence. Members of the project’s standing review board agree, citing the cooperation of scientists and engineers and our grasp of critical requirements. One commented, “The project has made excellent use of the additional schedule time in this extended Phase B.”

The mission is named after the goddess Juno, the wife of Jupiter. In mythology, she used her powers to peer through the clouds Jupiter was using to hide his activities. In 2016, we expect our Juno to peer at Jupiter and discover many of the giant planet’s secrets.