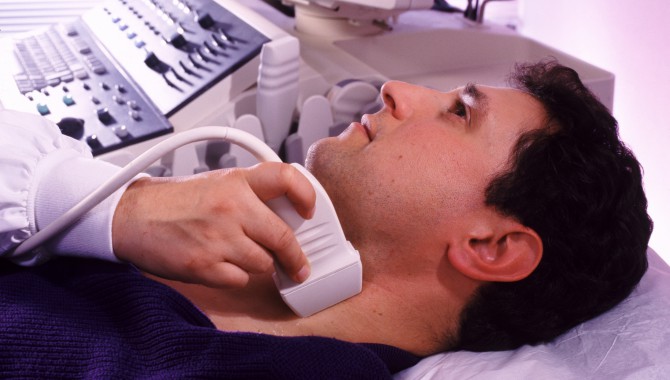 For decades now, NASA has been sending spacecraft throughout the solar system. Once in space, many of these craft use advanced cameras to create images of corners and crevices of our universe never before seen and then transmit these pictures back to laboratories on Earth, where scientists then ask: What exactly are we looking at? That question is often answered at NASA’s Jet Propulsion Laboratory (JPL) in the Image Processing Laboratory, founded in 1966 to receive and make sense of spacecraft imagery. There, NASA-invented VICAR (Video Image Communication and Retrieval) software has, through the years, laid the groundwork for understanding images of all kinds. The original software, created by a JPL team of three—Robert Nathan, Fred Billingsley, and Robert Selzer—is still in use today, although with improvements that offer greater accuracy and effectiveness.

The imaging division at JPL has grown increasingly sophisticated over the years, developing new processes and technologies to handle increasingly complex acquisitions from NASA science missions, from the Voyager images of Saturn and Jupiter taken in the 1970s to new imagery captured by the Mars Reconnaissance Orbiter in late 2006 that suggests water still flows on Mars, opening the possibility that the red planet could perhaps support life.

Selzer, from the original VICAR team, has made the NASA imaging technology his life’s work, spending forty-six years as a NASA employee and continuing to work on its advancement even after his retirement from JPL. He received many NASA awards for technical achievement, including the prestigious Technology and Application Program Exceptional Achievement Medal. During the last fifteen years of his career as a government scientist, he led the JPL Biomedical Image Processing Laboratory, working on medical applications of the imaging technology.

The project began when the imaging team developed the idea of using the VICAR software to analyze X-ray images of soft tissue. Typically, X-rays are not effective for this purpose, but researchers thought the imaging software might change that. The results were interesting, but too much quality was lost in transferring the pictures into a digital format for useful analysis. Still, the idea seemed promising, so, with several grants from NASA, the testing continued.

Selzer’s JPL team, partnering with scientists from the University of Southern California under the direction of the late Dr. David Blankenhorn and Dr. Howard Hodis, director of the Atherosclerosis Research Unit at the school’s Keck School of Medicine, began to image X-rays of arteries. Achieving only marginal success, they hit upon the idea of applying the software to ultrasound imagery, which was already digitally formatted. The new approach proved successful for assessing plaque buildup and arterial wall thickness, direct predictors of heart disease. Testing continued, and the team, buoyed by its successes, began looking for outside funding and methods of distribution. At this point, Gary F. Thompson entered the picture. 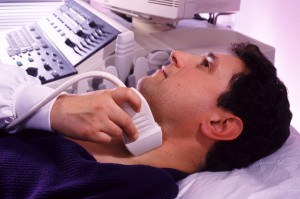 Thompson has a history of heart disease in his family. The first male in many generations to live past age fifty, and the last living male in his family line, Thompson comes from a long line of active, athletic men who, with no prior symptoms, suffered fatal heart-related events. A lifelong athlete who had boxed in the New York City Golden Gloves tournament in his youth and ran his first marathon in 1975, Thompson was understandably concerned, but feeling confident, when he approached his fiftieth birthday. He had the family history working against him, but he was also in prime shape. To celebrate his half-century mark, he planned to run three marathons—Los Angeles, New York, and Boston—and he underwent a battery of medical tests, all of which confirmed that he was in perfect health, without any signs of cardiovascular disease.

Seven days after his birthday, Thompson ran the Los Angeles marathon. At the fifteenth mile, he started experiencing back pain. By the twentieth mile, it became so excruciating that he stopped running. Later, at the hospital, doctors confirmed that he had suffered a moderate heart attack and lost 48 percent of his heart muscle. Modern medical testing, he realized, had failed him. Luckily for Thompson, having 52 percent of his heart working was the equivalent of 127 percent for men of his age, because he was so athletic.

Months later, at dinner with David Baltimore, then president of the California Institute of Technology, Thompson asked about new heart-related breakthroughs and was surprised to hear that there was, indeed, a new technology that had been developed at JPL: a noninvasive diagnostic system with the ability to accurately predict heart health. Baltimore offered to set up an appointment for Thompson at the University of Southern California hospital where this new method was being tested, but Thompson declined.

This new device had managed to find what all the other tests had missed.

Instead, he went in on his own, unannounced, and without revealing his family history or heart attack. Despite his recent heart attack, he gave every impression of great health. A technician performed an ultrasound scan on either side of his neck, the location of the carotid arteries. When the results were in, the technician told Thompson that he needed to meet with the doctor immediately. The test showed that Thompson had the thickest artery walls of the more than 3,000 people tested, a clear indicator that he was in danger of a heart attack or stroke.

Thompson was impressed. This new device had managed to find what all the other tests had missed. Thompson, a hardcharging entrepreneur, met with the researchers Selzer and Hodis and told them that they needed to get this technology into the hands of physicians. They agreed. Thompson developed a business plan, secured an exclusive license for the JPL-developed technology from Caltech, and invested his own money to start Medical Technologies International Inc. (MTI) in Palm Desert, California. Selzer now serves as the company’s chief engineer.

MTI licensed fourteen research institutions around the world for pre-U.S. Food and Drug Administration clearance and researchonly use of the analysis software, and incorporated feedback from these groups into the new clinical product it was developing. It patented the new developments and then submitted the technology to a rigorous review process at the FDA, which cleared the device for public use. MTI also filed with the American Medical Association to have the device given a dedicated Current Procedural Technology (CPT) code for insurance purposes, thus encouraging more doctors to offer this test to patients.

The patented software is being used in MTI’s ArterioVision, a carotid intima-media thickness (CIMT) test that uses ultrasound image-capturing and analysis software to noninvasively identify the risk for the major cause of heart attack and strokes: atherosclerosis, a buildup of cholesterol and fatty substances in the arteries, combined with arterial hardening. Atherosclerosis, referred to by the American Heart Association (AHA) as the “silent killer,” initially has no discernable symptoms until one or more of the arteries becomes so congested that these major, sometimes fatal, problems occur. The AHA estimates that two out of three unexpected cardiac deaths occur without prior symptoms. 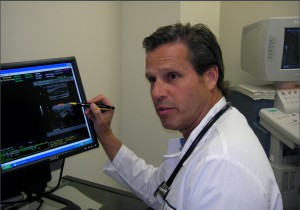 In fact, astronaut Edward White, the first astronaut to ever perform a spacewalk and one of the three space pioneers to die during the Apollo launchpad tragedy in 1967, was thought by most to be in perfect health, having successfully passed the rigorous astronaut testing. An autopsy directly after the accident, though, revealed that he had extreme thickening of the arteries and showed most signs of heart disease.

Unlike CT scans, which are expensive and pose some radiation risk, the NASA-based technology poses no risks, and it is relatively inexpensive. The imaging technology can distinguish between 256 different shades of gray and differentiate nuances at a subpixel level of interpolation, making it the most accurate in this field, and it is compatible with all existing ultrasound machines, making it readily accessible to physicians.

While ArterioVision is not the only FDA-cleared CIMT tool on the market, it is the only one that offers a predictive report for the physician and patient. It explains the significance of test results using a proprietary database and JPL-developed algorithms and can extrapolate to show percentile of risk.

One particular feature of the report is the revelation of arterial age. It can show the patient that while he may be fifty years old, his arteries may be the equivalent of patients seventyfive years old. This real-world number is something patients can identify with and helps promote compliance with drug therapies and other forms of treatment—one of the most difficult aspects of preventing and treating heart disease. Physicians often lament that they stress the importance of lifestyle changes to their patients, but since heart disease does not initially come with symptoms, but instead with potentially fatal events, it is often difficult to impress upon the patients the urgency of taking care of their hearts. The ArterioVision patient report provides a significant warning sign and gives concrete examples.

Currently, the technology is being used in all fifty states and in many countries throughout the world. MTI is continuing to push this lifesaving technology and is rapidly expanding its sales force in an effort to live up to its company credo, “Making a Positive Difference Every Day.”

In April 2008, this NASA spinoff technology was inducted into the Space Technology Hall of Fame. Without the researchers’ dedication to finding new applications for their imaging software and a vigilance for testing the result in the field, this medical innovation may never have made it outside JPL’s walls. ArterioVision’s success shows more than what’s inside the heart; it shows how creative thinking and communication can make a difference in the health and wellbeing of others.

This article was originally published in NASA’s Spinoff 2007.

Daniel Lockney is editor of the NASA publication Spinoff, which shows the practical, tangible benefits of the nation’s investment in aerospace research. Since 1976, Spinoff has documented more than 1,600 NASA-derived technologies in the categories of medicine, transportation, safety, environmental resource management, computers, and manufacturing technology.