Launched in 1996, the Total Ozone Mapping Spectrometer (TOMS) satellite was expected to map and understand the magnitude of polar ozone depletion for two years. 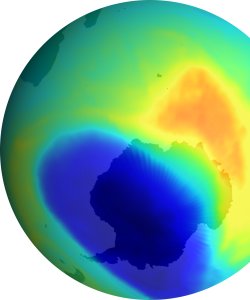 Using data from NASA’s Total Ozone Mapping Spectrometer (TOMS) instrument onboard the Earth Probe satellite, researchers can evaluate and compare current conditions over the South Pole to readings taken by other instruments in years past. This shows the Antarctic ozone hole in 2000.
Image Credit: NASA/Goddard Scientific Visualization Studio

More than ten years later, it was still in orbit and providing valuable scientific data. Its life was extended thanks in part to a collaboration with Capitol College’s Space Operations Institute (SOI), whose students became lead controllers of the NASA spacecraft in 2002, first from Goddard Space Flight Center and then from a control center on campus. Using students for TOMS mission support reduced NASA’s operational cost from millions of dollars a year to a few hundred thousand dollars, making the extended mission operations possible. The partnership also gave the students an important hands-on learning experience. The Capitol College team demonstrated that a small contingent of engineering students could perform a number of complex technical tasks well with limited subject-matter expert supervision. Dave Wagner, Capitol College’s Space Operations Institute director, described the arrangement as a “win-win situation,” saying, “Students get to learn and NASA reduces its cost without increasing its risk.”

One task Capitol College students took on was redesigning the operations ground system for the satellite. With NASA contractors and college faculty serving as technical mentors, Noah Williams and Peter Fetterer put together a ground system that emulated the one being used for operations in the TOMS control center at Goddard. It was not a simple task. Among other things, the system had to capture data from the tracking station, separate spacecraft and science data, display spacecraft health and safety data, and provide spacecraft and instrument command capabilities. 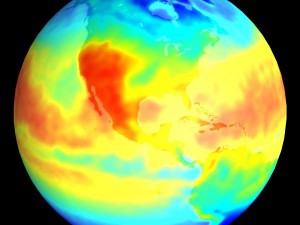 Fetterer remembers, “Noah started with some spare hardware the school had lying around. We received some software and some incomplete instructions on how to install the software. Noah and I had to work though various issues and were able to get some answers to questions from the operations folks. As we grew more confident that the system was receiving telemetry correctly, we built a system using the newer IBM e-series servers.” Williams adds, “On the security side, in some cases, the previously used software was swapped out for more secure, commercial software that provided more functionality.”

As the work proceeded, Si Tran, a Capitol College student who had become a certified TOMS flight controller in the Goddard control center, came on board to verify that the new system produced exactly the same results as the operational system. Tran ran a complete set of functional tests, played data through the system, and verified system performance. Describing her overall experience with TOMS, Tran says, “It was overwhelming at first, but I’m really grateful for the chance to get this kind of experience.”

In the summer of 2003, the Upgraded TOMS Ground System (UGS-1) was packed up and moved to the TOMS control center at Goddard. Once in place, it was again run through a set of successful systems tests. Then began a period of “shadow operations,” the new system receiving the same data at the same time as the operational system and exactly duplicating its performance. After an operational readiness review, the system became the primary operational system in September 2004. This program was accomplished in eighteen months at the cost of some hardware, software, and student salaries. It was a great deal for NASA.

UGS-1 was so successful that NASA subsequently asked the college to build a second system and install it in a control center at Capitol College. Fetterer and Williams became mentors of a new set of college students who built and tested UGS-2. Sabrina Kirkley was one of the students who came on board to provide configuration management, verify system performance, and prepare and present the UGS-2 readiness review. This system went through the same process and was put together even more quickly than the first system.

Kirkley had this to say about the program: “I think the SOI program provides a great foundation in both practice and theory for anyone interested in pursuing a career in the space industry. My experiences as a ground segment intern helped me to understand how a control center is run and maintained and the importance of quality testing and documentation processes. I would not have been as successful in my current position without the knowledge that I gained through SOI and the Space Missions and Operations Specialist Certificate programs available through Capitol College.” 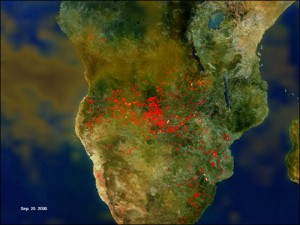 In 2006, TOMS operations were moved to the Capitol College control center. From 9:00 a.m. to 5:00 p.m. weekdays, certified student operators or a faculty advisor monitored the satellite’s passing in the morning and late afternoon, sent it commands, and collected data from it. A control center at Goddard tracked the spacecraft during the evenings, on weekends, and when the students were on break. Students with a college professor mentor operated the satellite without loss of data until the second TOMS transmitter failed and the mission was terminated in the spring of 2007.

A new cadre of students is currently working on a Tropical Rainfall Measuring Mission (TRMM) R&D project to provide TRMM an up-to-date, highly secure ground system to replace the aging system now in use. By December 31, 2008, they will have a new system checked out and ready for operations in the backup TRMM control center.

Overall, almost eighty students have been employed by the Institute. To date, forty-six have graduated, with more than 75 percent of them finding employment in the space industry.

Besides the NASA grant, the Space Operations Institute at Capitol College has a number of subcontract tasks with NASA contractors. It normally employs about twenty-five students who work as control center operators, systems engineers, and software programmers and also perform other tasks. Students have tracked satellites as well as helped with launches, conducted research on battery systems, and redesigned upgraded ground systems. Overall, almost eighty students have been employed by the Institute. To date, forty-six have graduated, with more than 75 percent of them finding employment in the space industry.

Williams and Fetterer, who both worked on the TOMS operations ground system as students, now work for Honeywell at Goddard, as does Si Tran. Sabrina Kirkley has found work in mission development at Orbital Sciences Corporation, and Jason Tobiasz is a systems engineer at a.i. solutions, which develops orbit flight dynamics software.

When the initial contract with Capitol College expired in late 2005, NASA found additional money in its tight budget to continue funding SOI projects—a testament to the Agency’s faith in the program and the success of the students. Edward Chang, the contracting officer’s technical representative from NASA Goddard, has said, “When NASA says it wants to educate, this is as good a result as we can have.”

Parts of this article first appeared in the Capitol Chronicle.

Ken Dolan is director of operations at Capitol College.