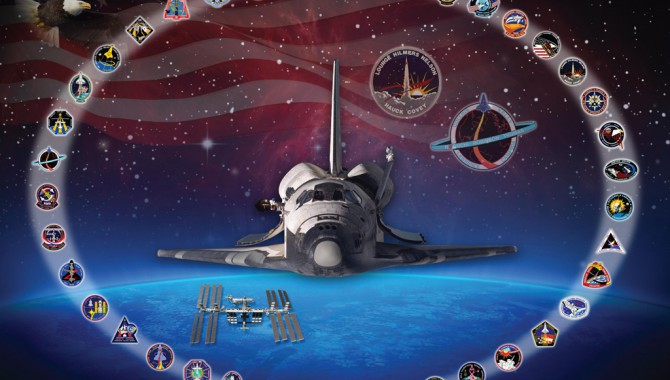 NASA’s Space Shuttle fleet began setting records with its first launch on April 12, 1981. The shuttle has carried people into orbit repeatedly; launched, recovered, and repaired satellites; conducted cutting-edge research; and played a major role in building the largest structure in space, the International Space Station. As humanity’s first reusable spacecraft, the Space Shuttle required not only advanced technologies but the tremendous effort of a vast workforce. As the program approaches its final planned launch, NASA is paying tribute with a collection of feature stories and videos documenting Space Shuttle operations. Learn more about what it takes to maintain and fly this technological marvel. NASA will continue to add stories and videos to this collection, so check regularly for new content.

The NASA PM Challenge is the agency’s annual forum for NASA stakeholders to learn about and discuss current trends in program management, project management, and related disciplines by sharing their knowledge, lessons learned, and new ideas that enhance mission success. PM Challenge 2011 will be held February 9-10, 2011, in Long Beach, California. Registration is open October 25, 2010, to January 18, 2011. More information and registration.

One of the first places scientists turn when volcanoes, wildfires, pollution plumes, dust storms, and other phenomena—both natural and manmade—make an appearance is NASA’s Aerosol Robotic Network (AERONET). A team of scientists at Goddard Space Flight Center along with numerous institutions around the world started setting up the network of portable instruments decades ago to validate and calibrate satellite measurements. That remains the network’s core function, but thousands of scientists have found ways to use AERONET data to gain insight into a variety of research areas ranging from air quality to cloud microphysics to precipitation dynamics. And one of the best things about the network is the data are free for all to use. Learn more about AERONET.