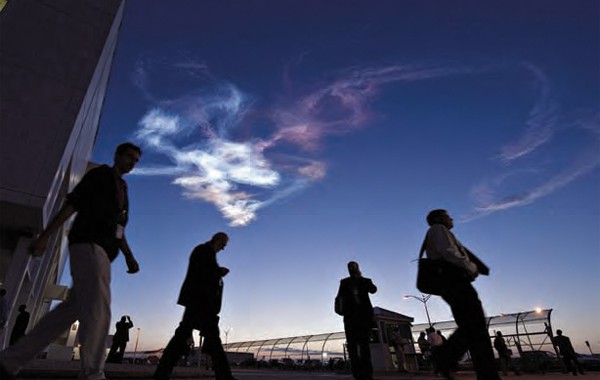 Contrails are seen as workers leave the Launch Control Center at Kennedy Space Center after the launch of Space Shuttle Discovery and the start of the STS-131 mission. After its nearly thirty-year history of human spaceflight achievements, the Space Shuttle is nearing its final planned launch. Photo Credit: NASA/Bill Ingalls