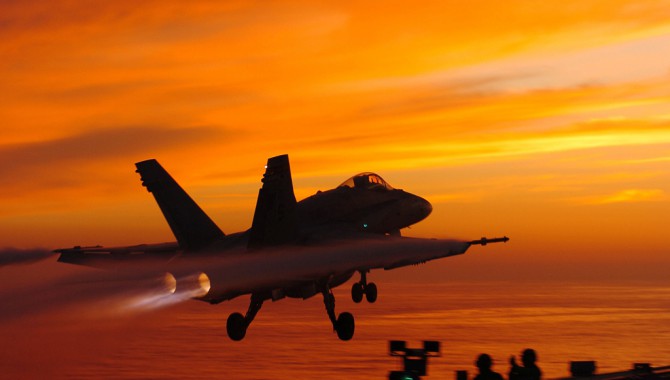 An aircraft carrier is a floating city with power plants, satellite telecommunications, convenience stores, and medical, dental, and hotel facilities. Maintaining and modernizing these ships can involve up to fifty different organizations simultaneously conducting all sorts of work, from painting to structural repair to electronic, electrical, and mechanical system upgrades. As an added project management challenge, the ship’s crew typically lives onboard during a major overhaul, which means that work cannot be conducted day and night, and services such as telecommunications, heating, ventilation, air conditioning, electricity, sanitation, and fresh water supply must remain intact as much as possible. With up to 500,000 man-days of work scheduled during an eleven-month drydocking period, you can imagine the tremendous amount of activity that must be carried out in a confined space and on a tight schedule. 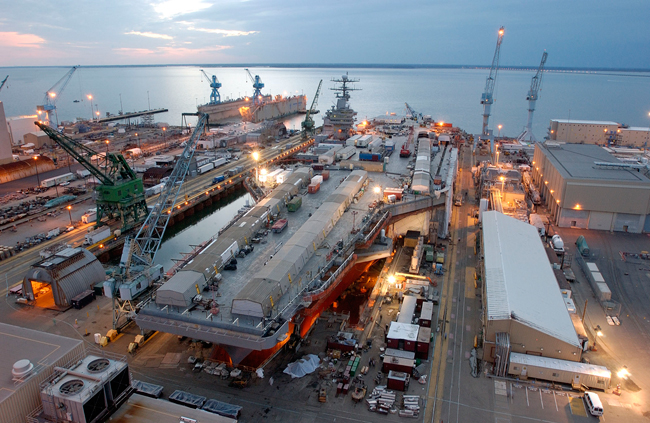 The Naval Sea Systems Command (NAVSEA) established Carrier Team One (CT1) in 1997 to define, champion, and improve cross-organizational processes for planning and executing these complex aircraft carrier overhauls, known as “availabilities.” CT1 provides the structure for managing and systematically improving cost, schedule, and quality performance by focusing on key planning and execution processes. They also integrate the efforts of numerous contributing organizations into an effective total-maintenance process.

CT1 took notice when two aircraft carrier availabilities were completed a number of weeks late in 2006. The team identified many factors that contributed to the delays, including large work packages with a number of high-risk items, critical-path work with minimal margin, significant new and expanded work, and project team inexperience and turnover. All these issues affected both projects, yet project managers lacked an effective means of identifying, assessing, mitigating, and communicating the risks they posed to their project’s timely completion. As a result, the carrier maintenance community was unaware that help was needed until it was too late to take steps to avoid or limit delays. 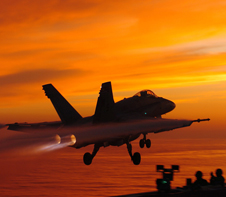 A Hornet launches at sunset aboard USS John C. Stennis (CVN 74). Photo Credit: U.S. Navy In response to the problems encountered on those projects, CT1’s Executive Steering Committee formed a Risk Management Working Group (RMWG) and tasked them to (1) develop a standard process for comprehensive availability risk management that could be applied consistently across all aircraft carrier shipyards and (2) support and monitor a risk management pilot project to be implemented on nine carrier availabilities at five different locations. CT1 used the existing Northrop Grumman Shipbuilding Newport News Operations (NGSB-NN) Risk Management Program (already in compliance with Department of Defense guidance) to develop a formal process for all aircraft carrier availabilities.
NGSB-NN based their 1998 risk program on a NASA-proven practice. NASA’s Goddard Space Flight Center conducted a number of risk management training sessions at NGSB-NN and provided copies of their risk management procedures. Building on this knowledge transfer from NASA, NGSB-NN developed a risk management process designed specifically for ship construction and repair. This process included developing a risk management strategy; developing and conducting risk management training; identifying program risks; analyzing potential technical, quality, cost, schedule, and human-capital impacts; determining likelihood of problem occurrence; developing plans to mitigate risks; developing and maintaining a risk tool for capturing and updating project and shipyard risks; capturing risk management lessons learned; and continually improving the process to reflect customer feedback. To indicate the probability and impact of risks, the process uses the red/yellow/green risk cube described in the Defense Acquisition University Risk Management Guide for Department of Defense Acquisition. It adds environmental and safety risks to cost, schedule, and technical/quality risks. Proving its value over time, NGSB-NN’s risk management program is now used companywide.
Early in the project, team leaders wanted to see value before engaging, but the best way to see risk management’s value for their project team was to engage in it.

The CT1 risk management pilot project focused on the cultural journey required to convince naval shipyard aircraft carrier project teams of the value of a formal risk management process and to actively engage in it. That journey included the following essential elements.

Catalyst: As in any cultural journey, a catalyst for change is essential. In this case, the catalyst was the late completion of the two 2006 aircraft carrier overhauls in an environment that lacked a formal risk management process.

Initial Buy-In: Once the infrastructure was in place, the RMWG leader met with key stakeholders to share risk management background and procedures and develop their implementation plan and customer expectations.

Launch: As Executive Steering Committee chairman, Captain Daniel Seigenthaler, USN (assistant chief of staff for carrier maintenance at Commander, Naval Air Forces Pacific Fleet), signed a letter directing the implementation of a risk management pilot program for nine aircraft carrier availabilities over a one-year period. This was followed by the RMWG leader meeting with project leaders at the headquarters of all three aircraft carrier shipyards to discuss ideas for implementation. During the pilot project, the RMWG leader provided peer assistance and training for each project’s assigned risk manager to support skills development and team acceptance.

Integration into the Organization’s Culture: From the outset, each project team’s leadership needed to perceive the value of risk management to encourage their engagement. The initial direction and expectations set by CT1 provided the “push;” the challenge was to create a “pull” from the project teams. This was done by integrating risk management into command briefings, progress briefings, meeting agendas, team training, awards and recognition, newsletter articles, project strategies, retrospects, and the “hot wash” meeting at project completion. (“Hot wash” is a military term for a meeting used to capture learning and develop related recommendations at the end of a major activity or engagement.) CT1 thinks of a hot wash as a carrier-overhaul project team’s “gift” to future project teams.

Establishing a cross-project risk manager community of practice for knowledge sharing and comparison was the key to the pilot’s accelerated adoption. This community provides a peer-assist environment for the risk managers to communicate and collaborate. It is also a forum for risk managers to discuss their challenges and share experiences and learning.

Retrospect and Process Maturity: The one-year pilot involved eight different overhaul projects that were either planned and less than a year from starting or in the process of executing four- to six-month-long repair projects. The pilot work proved to be process easy, implementation hard. Early in the project, team leaders wanted to see value before engaging, but the best way to see risk management’s value for their project team was to engage in it.

At the conclusion of the risk management pilot, project-leadership interviews captured what went well and what could be improved. A risk management process retrospect was held to capture lessons learned and recommendations from the one carrier project whose risk implementation extended from the start of planning to availability completion.

Resistance occurred on all projects, but the quickest adoption came from the one that was furthest from their start date (ten months of planning remaining). As one would expect, the team that was a month into their six-month overhaul and focused on executing the work that was already under way saw the least value in the risk program. Data gathered during the pilot showed that project teams who embraced the formal risk management process quickly achieved risk-exposure reductions similar to those NGSB-NN teams that had been using it for years. These metrics helped convince other project teams of the value of the process and encouraged their engagement.

Following the pilot project, feedback from leadership showed that they were all fully engaged and appreciative of this tool’s ability to help communicate and mitigate their biggest concerns. Matt Durkin, Norfolk Naval Shipyard’s project superintendent for USS Harry S. Truman‘s (CVN 75) 2009 overhaul, commented, “Risk management provided me with more visibility of our project’s key issues. I’m not sure we would have completed our last availability on time without the RM process.”

Captain Kevin Terry, USN, CT1’s chairman, summed up the work so far: “The Risk Management Working Group has been a true success story. The pilot project was a home run. Aircraft carrier public and private shipyards are using the same language and risk cube to mitigate and communicate their issues.”

The U.S. Navy’s Ship Maintenance Enterprise is currently building on the success of CT1’s risk management pilot project. A NAVSEA instruction is being issued to formalize the process for all the U.S. Navy’s ship and submarine overhauls. Over the next few years, NAVSEA will expand from individual project teams to the entire shipyard enterprise. As Cleve Butts, NAVSEA’s director for Carrier Support, notes, “It is absolutely essential that we complete our maintenance periods on time and within cost, not only for aircraft carriers but for all our ships. Risk management is a great communication and management tool for ensuring that the right actions are being applied effectively and early. The RM [risk management] process has now been successfully implemented at all aircraft carrier shipyards.”