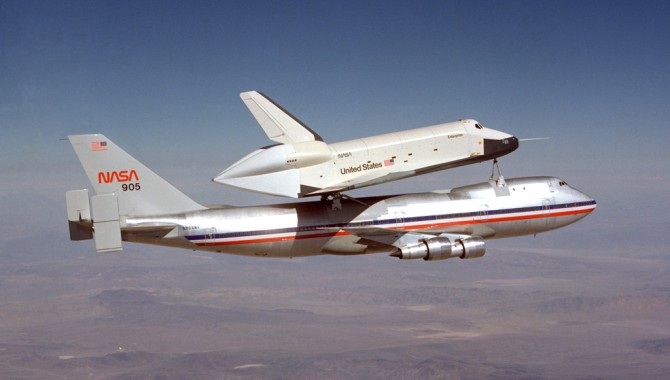 For Tom Moser, getting the first shuttle off the ground took more than technical know-how. 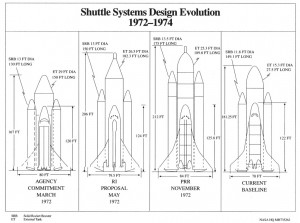 In the summer of 1980, the Space Shuttle program was in trouble. Technical challenges, especially those with the thermal protection system, were causing the program schedule to slip. Deputy Administrator Alan Lovelace held a meeting to address the problem. Moser, the engineering manager responsible for the tiles at Johnson Space Center at the time, was one of thirty-three engineers at the meeting. “Tell me what the schedule is, and I’ll want a firm commitment that you will make that schedule,” Lovelace said. He was very serious, Moser remembers, but Lovelace lightened the mood by telling a story:

A pig and a chicken were having a talk in the barnyard one day. The pig asked the chicken, “Are you involved in the big dinner our master is planning for next week?”

“I want all of you to be like that pig,” Lovelace said, “I want you to be committed.”

The story added levity to a serious situation and served as inspiration for a group that later became known as the “Space Shuttle Ham and Eggs Society.” “We made that commitment and did what we said we were going to do,” Moser said. The group agreed to launch in April 1981.

Even before Apollo 11 made history with the first manned moon landing, the space community was looking for the next big thing. Shuttle studies and design efforts started to emerge during the mid-sixties and picked up momentum in January 1969. Input from the commercial and government sectors resulted in requirements ranging from delivering payloads to orbit to conducting Earth observations. “It was going to be a truck to carry goods to low- Earth orbit,” said Moser. “Everybody had a need.”

NASA initiated several studies to come up with a design that would facilitate a cost-effective, quick-turnaround, fully reusable space transportation system. The studies produced several concepts, including lifting-body designs. Max Faget, then director of engineering at Johnson Space Center, acknowledged the merits of lifting bodies. According to Faget, “You avoid wing- body interference,” which brings problems of aerodynamics. “You have a simple structure. And you avoid the weight of wings.” He saw difficulties, however, that effectively ruled them out for a practical shuttle design. They had low lift and high drag, which meant a dangerously high landing speed. As he put it, “I don’t think it’s charming to come in at 250 knots.”1

Faget had something else in mind. Influenced by the X-15 rocket plane, he envisioned a winged vehicle that would glide back to Earth, its nose tipped upwards. He formed a “skunk works” team at Johnson to develop that concept. A network of support teams in communications, aerodynamics, and heat transfer contributed to analysis done by the core team. During that time, Moser was part of the structural design engineering group, which he would later lead. “We had all of the requirements, and we looked at almost a configuration a day,” Moser recalled. Each concept was analyzed in terms of weight, manufacturability, cost, schedule, risk, and technology readiness. “This is where really good engineering, leadership, and management was necessary,” said Moser.

Every decision–for instance, between a titanium or aluminum structure, hot structures or tiles for thermal protection, and straight wings or delta wings–had complex implications for the overall system design. The material for the thermal-protection system, for instance, depended on whether the structure was titanium or aluminum. “Any time there was a decision to be made there was a set of requirements associated with that decision,” said Moser. 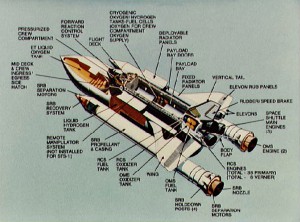 By the end of 1969, engineers had agreed upon a basic configuration for the shuttle, though it wasn’t exactly what they initially imagined. To balance development and operational costs, the shuttle could only be partially reusable. The expense of developing a fully reusable design encroached upon operational spending later on, Moser explained. NASA got the green light to proceed with shuttle development three years later.

The detailed development of the shuttle began in 1972. This phase of the program was characterized by challenging discussions and their outcomes. “One thing that didn’t change from Apollo to shuttle is the way we made decisions,” said Moser. “Somebody was in charge, but everybody got to say what they thought needed to be said at that meeting.” Representatives from all engineering disciplines had a seat at the table. “All of the facts were laid on the table, and everybody got to argue and debate and present their views of what they thought the right answer would be,” said Moser. “Quite often it was a heated discussion.”

Once a decision was made, changes were rare. He recalls that there were always people who wanted to make changes during the shuttle development. Unless testing showed otherwise, “we did our work well enough to where we didn’t have to make changes,” said Moser. They lived by the philosophy of “better is the enemy of good.” Quite simply, Moser said, “We closed the door on changes.”

In It from Start to Finish

Over nine years of development, the individuals who started work on the shuttle saw it through to the finish. “I think that’s something that a lot of people don’t realize,” said Moser. “The team stayed together the whole time.” Moser believes this was a huge part of the success of getting the shuttle off the ground. Shuttle arrived in the wake of the Mercury, Gemini, Skylab, and Apollo-Soyuz programs, giving it a deep bench of seasoned engineers who had already worked on multiple programs. “We had that experience that is very, very difficult to obtain,” said Moser. This experience, combined with the team’s determination to see the shuttle succeed, proved a winning combination. “You’ve got to commit on the requirements and the mission, but you’ve got to commit to the team, too,” said Moser.

The team had both good managers and good leaders, according to Moser. Managers control the implementation of a program, explained Moser, but leaders set the path and establish a rapport. During shuttle development, he looked up to people such as John Yardley, Chris Kraft, Bob Thompson, and Aaron Cohen. Their personalities differed, but all those leaders had the ability to make tough decisions. 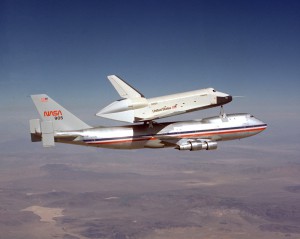 The team wasn’t always perfect. Screw-ups happened, said Moser, but the permission to learn from them made the team stronger because they stayed together. “People make mistakes,” he said, “but when you have a team and you believe in them and support them, then that’s what’ll work.”

Sell It. Then Keep It Sold.

While NASA initially managed to make the case for the shuttle to the White House, Congress, and the public, it was difficult to fend off a developing sense of buyer’s remorse. The program never received the budget it requested, which caused continuous changes to planning and scheduling. The constant change and delay resulted in the program nearly being cut, though renewed enthusiasm emerged with the first approach-and-landing tests of the Space Shuttle Enterprise mated to the top of a Boeing 747 in 1977. The stakeholders saw their investment, and it was quite a sight.

“Keeping it sold is difficult,” said Moser, who encourages engineers to understand how to operate within the political system. “It doesn’t sound like engineering, but if you don’t do it, [the work] doesn’t get done.” You have to define the political environment and structure an approach consistent with it, he said. Keeping the program sold means communicating with stakeholders, writing letters, opening lines of communication with people in government, and creating effective public relations strategies to communicate to the public the importance of their investment. 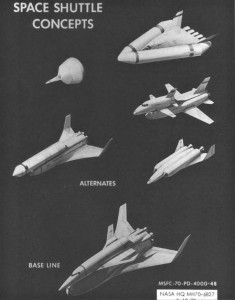 Possible configurations considered for the Space Shuttle as of 1970.
Image Credit: NASA

The commitment came to fruition on April 12, 1981. Moser, who had been up since the early morning hours to support the launch, remembers standing in Launch Control at the Cape with minutes left in the countdown as STS-1 sat waiting on Launch Pad 39A. Moser realized he couldn’t see the vehicle from his location. “I couldn’t stand it, so I had to go outside,” he recalled. “I walked outside and looked across the open water to where the vehicle was and all I could see was just the nose of the external tank sticking above the launch complex.”

Space Shuttle Columbia‘s engines started, the smoke came up, the fire was bright, “and then the vehicle just rose,” Moser remembers. “It was like something coming to life.”

After the launch, the members of the newly dubbed “Space Shuttle Ham and Eggs Society” were recognized for their significant contributions to getting the shuttle off the ground. Each member of the group received a personalized, laminated membership card with a picture of two fried eggs and a slice of ham with the words “Are you involved–or committed?”