Back to Top
Home/44/ASK Magazine/The Dream Chaser: Back to the Future 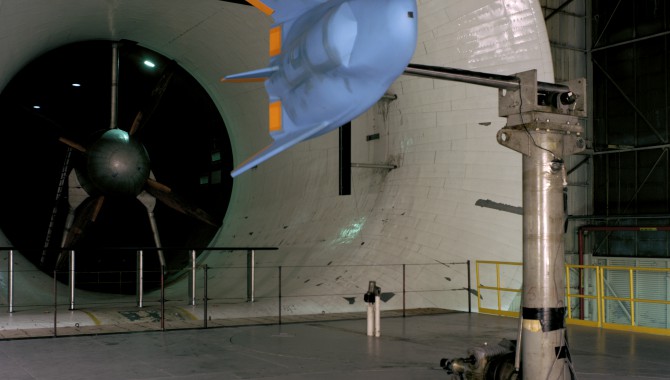 The first time Mark Sirangelo saw the model on which Sierra Nevada’s Dream Chaser is based, in 2005, it was in the corner of a huge hangar at NASA’s Langley Research Center in Hampton, Virginia. “It was covered with dust and other things I’d probably better not mention,” said Sirangelo, who heads Sierra Nevada Space Systems. 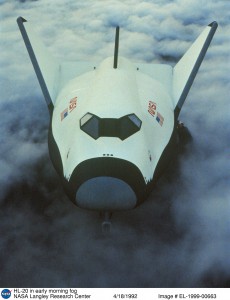 It also was in the way.

“People were moving it around to get to other things,” said John Martin, part of Langley’s Vehicle Analysis Branch and chief liaison between the center and Sierra Nevada. “To be honest with you, people were kind of annoyed with it. It had been there a good twelve to fifteen years.”

“It” was an approximately 30-foot-long wooden model of the HL-20 (“HL” for “horizontal landing”). The model had been waiting for SpaceDev—since bought by Sierra Nevada—to use it as the basis for the company’s entry in NASA’s commercial crew-vehicle development sweepstakes.

The winner will ferry astronauts to and from the International Space Station, replacing a service that will be performed at great cost to the United States by Russia’s Soyuz now that the Space Shuttle program has ended.

Sierra Nevada has won awards totaling $130 million in two NASA commercial crew development competitions so far with Dream Chaser or—as it’s still called at Langley—the HL-20. And the company has inherited a mature model with a mountain of data and pictures, along with technical advice from some of the NASA people who derived that data and took those pictures.

Building on the Past

“A lot of people told us we needed to get a clear sheet of paper and start all over again,” said Sirangelo. “We decided we didn’t want to do that. We wanted to build on something.”

In Dream Chaser’s past is the intriguing story of how the idea for the HL-20 came to Langley in the first place. On June 3, 1982, as the Cold War was winding down, a Royal Australian P-3 Orion reconnaissance plane was patrolling in the Indian Ocean, near the Cocos Islands, when it saw a Soviet ship struggling to capture an object in the water and bring it aboard. 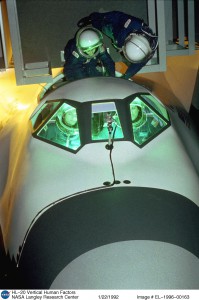 Langley volunteers, wearing flight suits and helmets, were put through a series of tests with the craft placed both vertically and horizontally to simulate launch and landing attitudes.
Photo Credit: NASA

That object, the BOR-4, was an unmanned prototype spacecraft used to test heat-shield ideas for what the Soviets envisioned would be their space shuttle program. As the space plane bobbed in the ocean, cameras aboard the P-3 captured the scene.

“It really was a ‘Keystone Kops’ thing,” said Del Freeman, then an engineer at Langley and involved in a NASA program to develop a space taxi at the time. He also was one of the few at the center then with a high enough security clearance to view the pictures brought to Hampton by U.S. intelligence agents.

Pictures of the BOR-4, both in the water and also being hauled aboard the ship, showed an approximate center of gravity that proved to be a starting point for Langley to “reverse engineer” an 11-inch cherrywood model that underwent helium tests in some of the center’s wind tunnels. (Using helium makes high-speed testing at room temperature possible.)

More models—some bigger—were built and more tests were made. Eyes were opened.

“From day one, the thing had excellent entry characteristics, from Mach 20 down to high transonic speeds,” Freeman said.

“The characteristics were really good.”

More tests showed that the plane had a natural trim point and needed little control surface deflection to remain stable. Wing-like fins along each side of the craft acted as a nozzle, forcing air onto a short, vertical tail.

“We realized that that little, teeny tail was in a high-dynamic position so that [it] could be smaller,” Freeman said.

More tests were carried out, and the Langley engineers saw the influence of an earlier American craft, the HL-10, on the Soviet design. It had been part of NASA’s “lifting body” program that began in the 1950s, then went out of vogue when the agency-adopted the Space Shuttle configuration in the 1970s.

The HL-20 was funded for tests, including some involving human access and egress in which NASA’s first chief technologist, Bobby Braun—then a young engineer—took part. But money waned, along with interest in a space taxi. It took some maneuvering to get funding for students from North Carolina State and North Carolina A&T to build the wooden model that Sirangelo and others from SpaceDev found in Langley’s hangar that day in 2005.

After delving deeper, “we realized that the vehicle was one of the most tested and reviewed vehicles that had never flown,” Sirangelo said. “Among its missions, it was initially meant to be the lifeboat to the space station.”

It could be yet.

After taking the model and a mountain of NASA data to its Colorado facility, Sierra Nevada talked with several Langley engineers who had worked on the HL-20. A few are still at the center. Most have retired, but were eager to be involved.

“The HL-20 had the best combination: a lot of history, a lot of testing done on it,” said Sirangelo. “Also, the people who worked on it are still alive and engaged, so we had a chance to get that history.” 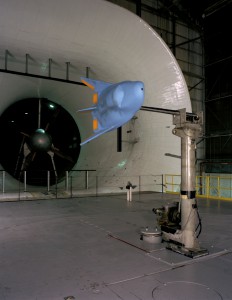 Among those people are former Langley aero-dynamicist George Ware, who led the wind-tunnel testing of the HL-20, as he had the HL-10 a generation earlier. Another is Bruce Jackson, who worked on approach and landing simulations for the HL-20 and serves as a technical advisor for the Dream Chaser in those areas.

“They’ve taken the data from NASA and refined it,” said Jackson. “They’ve built outlines from what we did and have conducted new wind-tunnel tests. But it’s still the HL-20, with some small differences.” Among them are a slightly different wing shape and a hatch that’s been moved.

Sierra Nevada also has former astronaut Jim Voss, its director of special projects, working on the Dream Chaser project. “That helps because he understands the NASA side, at least from the developmental standpoint, and just how the NASA system works,” Martin said.

Langley engineers and retirees are involved in Sierra Nevada–funded work, such as wind-tunnel tests, liftoff tests, simulations and guidance, and navigation and control support. An aero-heating analysis is planned. They also helped develop a cockpit simulator at Sierra Nevada’s facility. It largely replicates one that still exists at Langley.

“We had a full-motion simulator here, and we’ve managed to keep it alive over the years,” said Martin. “The cockpit is generic, but the software has been used with students. We’ve even kept HL-20 as a problem for students, so it’s been kept alive as a case study all those years.”

On June 23 of this year, Sirangelo, Voss, and others from Sierra Nevada came back to Langley, took a turn on the simulator, and stayed around to host a reception for those who worked on the HL-20 all those years ago.

“I had made a promise that if we ever got to the point where the program was beginning to go to the next level, that we would find a way to come back and thank all of those people who enabled this,” Sirangelo told the group.

“You’d be surprised at how little it’s changed,” he added of the Dream Chaser. “The more we got into it, the more we realized how smart you all were.”

Ahead is a drop test from a helicopter or airplane in late 2012, a suborbital test in 2013, and an orbital test in 2014, depending on how Dream Chaser and Sierra Nevada progress through NASA’s winnowing-out process for its space taxi.

Sirangelo invited the Langley engineers to Dream Chaser’s first launch, offering a chance for affirmation of the HL-20.

“That would be a very rewarding feeling,” Martin said. “I’m very fortunate. I’m involved in something in the very forefront of technology, but I’m riding on the shoulders of some people who made this possible.”

And, to some extent, Sierra Nevada is, too.