Back to Top
Home/45/ASK Magazine/The Knowledge Notebook: Networks and Success

Every once in a while, some U.S. or other government agency or a nongovernmental organization issues a report that is actually very useful and—dare I say it—even startling in its implications. 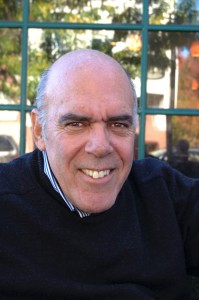 This happened recently with the release of Networks for Prosperity, a report by UNIDO, the United Nations Industrial Development Organization, which is a division of the United Nations that focuses on more commercial issues than the larger organization. This report is far more interesting and important than the usual sort of statistical or analytical presentations that emerge from the consensus-style development discussions that are usually the norm for such organizations.

For one thing, it actually ranks countries by the degree of their connectedness through knowledge networks. Using three indices of international, interorganizational, and intraorganizational networks, the report aggregates these numbers to produce a general index that ranks Switzerland as the most highly connected country. Sweden and Holland are next. The United States comes in fourth. These top four are followed by the “usual suspects” of Europe and Asia. African and Central Asian countries are the laggards. These rankings are then correlated with the general economic success of the nations as shown by per-capita gross domestic product. Not surprisingly, the results are highly correlated. Prosperity and connectedness go together.

The report is not just a collection of measures and graphs but has many stories and short cases demonstrating just how this network-wealth equation works in practice. Real-life examples like these are also rare in such reports and add to the value of this one. They help make the point that purposeful connections actually contribute to (and don’t just accompany) prosperity.

If this is true for nations, it is just as true, as I see it, for organizations and individuals.

I would like to stress the word “purposeful” here. Just being connected to anyone for any reason (or no particular reason) has little value beyond feeding narcissism. The huge focus on social media, and especially on the quantity of connections (the hundreds or thousands of “friends” one has, the number of views of a video or blog), is far less important than subtler questions of what is being shared with whom, and to what end. As the UNIDO report states, “Successful knowledge sharing depends less on specific IT [information technology] platforms and more on interests and incentives.” I would have added the word “identity” to that sentence, but its meaning is still pretty apparent. It’s not the technology but the “what” and “why” and “who” of connections that matter.

Imagine for a moment such a report about particular government agencies and corporations. How do you think your organization would rank? Do many government workers seek to join or build knowledge networks in their spheres of interest? Do executives in commercial organizations spend a lot of time and effort creating networks of peers and advisors?

And if not, why not?

The huge focus on social media, and especially on the quantity of connections (the hundreds or thousands of “friends” one has, the number of views of a video or blog), is far less important than subtler questions of what is being shared with whom, and to what end.

I believe that far less of this sort of thing happens than should because, for all our talk of teamwork and knowledge sharing, many of us—at least in the Anglo-American culture—still adhere to an individualistic form of knowledge development. We tend to think of ourselves as self-sufficient knowledge engines who can reach our goals without much help from anyone and with no more additional information and knowledge than what we can find through Google. There has long been a sort of intellectual “machismo” to going it alone. The Westinghouse Corporation had this idea embedded in their culture. They rarely asked consultants or professors to bring them new ideas because they thought they knew all they needed to know. They had a very early lead in many technologies, but they ran out of steam because they never went outside to “refuel” with external knowledge. General Electric, founded the same year, has always looked for new theories, thoughts, models, and patents wherever they could find them. General Electric is of course still sitting high atop the Fortune 500 list.

In our own time, because of the astounding ubiquity and cheapness of information technologies, networks clearly have become the most important source of new ideas for countries, organizations, and individuals. To be isolated from the networks in one’s own interest area is a self-defeating strategy. And these networks are not only sources of new knowledge. As the UNIDO report so well puts it, “Knowledge networking is about building trust, dialogue, and collaboration across sectors and borders.” In other words, these networks provide valuable help and support of many kinds.

So spend some time, effort, money, and energy building, joining, and taking part in networks that are sustaining and valuable to you. There is no better way for you to thrive in our new, vastly interconnected world.