Back to Top
Home/51/ASK Magazine/Lessons on Leadership: The Evolution of the Radiation Protection Project 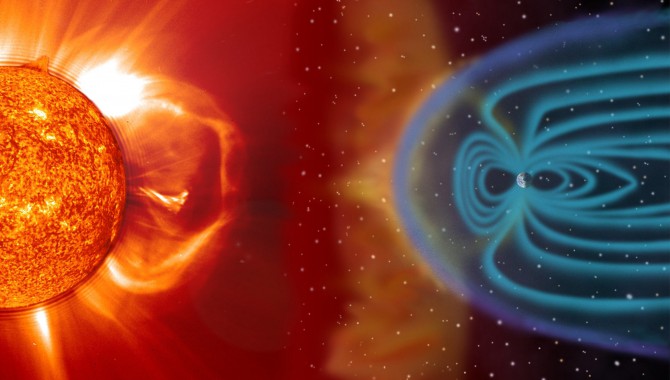 Learning how to deal with radiation is crucial for long-duration human spaceflight.
Image Credit: NASA/Steele Hill

Occasionally, you get the rare, pleasurable experience of watching a project flourish even when confronted with seemingly insurmountable challenges. The Radiation Protection Project started as a vague idea on how to address one of the largest inhibitors to maintaining long-duration human presence in space. This project survived multiple transitions, including having the work split between two organizations. In overcoming these odds, it has become an excellent example of how to formulate, stand up, and run a multicenter, mid-technology readiness level (TRL) project integrated across different organizations.

Lesson One: It Starts with the Right Leadership

Tomek’s insistence that “everyone having a voice” no matter their role or center and the trust gained from team members through her interest in understanding ideas and solutions created an atmosphere of transparency and teaming that encouraged collaboration instead of competitiveness between centers.

In 2009, the Exploration Technology Development Program (ETDP) was considering Langley Research Center to lead a new project focused on the development of radiation-protection technologies for human space exploration. Looking at potential candidates to replace the lead of a different ETDP project, the program interviewed Debi Tomek.

She had her work cut out for her from the start. The radiation community across the agency and academia is a diverse and disparate group with many different theories about how best to address space-radiation problems, such as solar-particle events and galactic cosmic rays. Tomek’s background was not in radiation, but this turned out to be an asset as it brought her into the discussion with no preexisting opinions.

To build her understanding of the various issues and theories, Tomek put out a call for white papers across the agency to get a sense of what ongoing work was already out there, who the players were, and what role each center played. This not only provided great insight into the strong technical expertise within the agency but also shed light on the disparate nature of this community.

The complex nature of this technical discipline meant that there were widely varying opinions on how to approach and frame a new radiation project. In order to promote a more collaborative approach to this discipline, Tomek followed up this white-paper call with a workshop held at Langley where the white-paper authors could present in an open forum. During this workshop, Tomek opened the proceedings by telling the audience that, given the complexity of this technical problem, no one center could solve it alone. Centers would have to find a way to work collectively to enhance NASA’s expertise.

This face-to-face meeting was critical. Those who wanted to participate in the project were able to make their cases. At the same time, Tomek and the other project leaders were given enough information to start making informed choices on which technologies needed to be funded in order to meet agency and programmatic goals. The collaborative “kick-start” this workshop produced was evident when Tomek was pulled aside during one of the breaks by a well-known scientist familiar with the usually argumentative radiation community. This scientist pointed out two individuals speaking at the back of the room. He said, “Those two scientists have refused to talk to one another for ten years, and now they are discussing how to collaborate!” While this was a great start for the new project, encouraging the cultural shift needed to promote collaboration, a huge problem was just over the horizon. 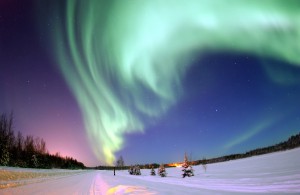 Many involved in the effort felt this was a major miscalculation. They knew that the enormity of the radiation-protection problems warranted a separate project. However, a new project could not be funded due to budgetary constraints, so the Radiation Protection Project transferred as a technical element under LS&H. This presented additional challenges in trying to maintain the portfolio of radiation technologies that were under development within a project grouping that was not related to radiation protection.

The umbrella project was understandably very concerned about maintaining the full complement of their portfolio and having to share funding with the now embedded radiation work. Considerable negotiation, persuasion, and soft skills were required to restore project funding to its original levels. This involved conversations with individuals at centers and NASA Headquarters and “telling the story” of radiation protection: how driving toward a solution in support of long-duration human spaceflight involved focused funding and collaboration across the agency. The project could not afford to lose the ground that had been gained. Even with reduced funding at the inception, then delayed funding because of the budget environment, the project team still managed to hit all their milestones and embark upon building the foundation for radiation protection.

The radiation work was off to a great start, even considering the embedded nature of the work, but faced a new challenge. The Exploration Technology Development projects would again face transition, this time due to the replacement of ETDD with the Advanced Exploration Systems (AES) Program and the Space

Technology Program (STP) Game Changing Office. Tomek had spent considerable time arguing the importance of a focused project addressing this vital technical area, and so programmatic AES managers pulled the radiation work out from under another project and stood Radiation Protection up as its own project.

At the same time, a portion of the existing portfolio was moved to the STP Game Changing Office as the Advanced Radiation Project (ARP). Tomek was selected as the project manager of this newly emergent project, but now the original ETDP project had been split between two different mission directorates.

“Those two scientists have refused to talk to one another for ten years, and now they are discussing how to collaborate!”

Because of NASA programmatic and full-time employee constraints, the decision was made that the AES project would be led out of Johnson Space Center with Tomek as the deputy project manager. Johnson then selected a very experienced and talented project manager from the now canceled Constellation program, Bobbie Gail Swan, to serve as the project manager.

While switching the project from Langley to Johnson could have created tension within the team, both Swan and Tomek strove to maintain continuity and synergy within the existing team. Swan met with, talked to, and, most importantly, listened to Tomek and the team members who had been working on the project the previous two years. They discussed at great length the project’s history and its way forward. These initial meetings helped the two leaders build a deep mutual understanding and respect. This concordance was evident to all team members during meetings, setting the tone of highly effective collaboration between centers. Team members saw the leaders exhibiting synergy and taking what could have been interpreted as a negative for the technical discipline into a positive. This, in turn, promoted a spirit of collaboration and freedom to share ideas among the whole team. The project now had two fine leaders who were working hand in hand.

This good working relationship between the project managers seemed to permeate and influence the rest of the project. Langley’s primary responsibility is the design and development of various types of protection shields for solar-particle events. This team includes various research scientists, systems and vehicle analysts, developmental engineers, technicians, and resource analysts. It was amazing how quickly this diverse group came together and started producing.

Tomek’s insistence that “everyone having a voice” no matter their role or center and the trust gained from team members through her interest in understanding ideas and solutions created an atmosphere of transparency and teaming that encouraged collaboration instead of competitiveness between centers. Tomek encouraged the team to think beyond traditional methods of radiation protection. As a result, they have made great strides in furthering protection technologies. The project will soon fly its radiation dose-measurement technology (dosimetry technology) on EFT-1. It has already flown to the International Space Station for ongoing crew testing. 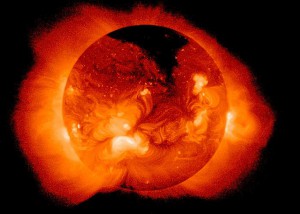 The sun emits radiation that can cause cellular damage to humans in space.
Photo Credit: NASA

In 2012, Tomek was selected for NASA’s Mid-Level Leader Program (MLLP). As part of this program, she was also selected to serve a detail to NASA Headquarters, working with Associate Administrator Robert Lightfoot, that has resulted in her using her strong leadership skills to assist in a restructuring of technical capabilities across the whole agency. Swan, Tomek, and Langley management decided that David Moore, who was the systems engineer for the shielding work, would replace Tomek as the Radwork’s acting deputy manager and as the acting project manager for the Advanced Radiation Project. Although Moore’s background and experiences were different from Tomek’s, they shared a vision of the success of the radiation projects and what it would take to get there. The transition was seamless.

With Moore taking on these leadership roles, the projects continued to meet or exceed their programs’ expectations with the development of new dosimetry and shielding technologies. Upon completion of the MLLP, Tomek was selected as technical advisor to Langley’s Center Director’s Office, so the position for the Radworks deputy manager and the Advanced Radiation Project manager was advertised. Moore competed and was selected. Now officially in the position, he is facing challenges because of budget cuts caused by the sequestration. As all good leaders do, he is adapting, rescoping, and focusing on mission success.

Learning how to deal with radiation is crucial for long-duration human spaceflight.