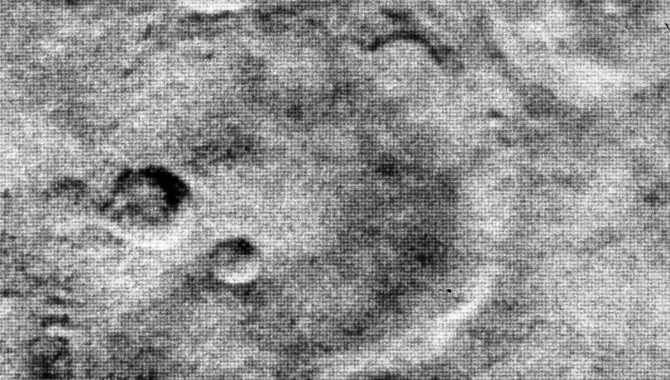 Mariner 4 was the first spacecraft to take close-up photographs of another planet.
Credit: NASA

Mission replaces wild ideas about Mars with the first stark images of the surface.

On November 28, 1964, an Atlas-Agena rocket pierced through the patchwork of clouds above Launch Complex 12 at Cape Canaveral, launching NASA’s Mariner 4 on an ambitious journey that would eventually find it 134 million miles from Earth at Mars, where NASA’s first attempt to capture images at another planet would hang in the balance for agonizing minutes. Did command DC26 work?

In the fall of 1964, the space age was still young. NASA astronauts had spent a total of less than 54 hours in space, with the bulk of that—34 hours and 19 minutes—contributed by Gordon Cooper in the final Mercury spaceflight, Mercury-Atlas 9. But already, both the U.S. and Soviet Union space programs had attempted multiple robotic missions to Venus and Mars. The Soviet Union had attempted to send a spacecraft to Mars five times by 1962. NASA launched Mariner 3 on November 5, 1964, but the lightweight payload fairing collapsed onto spacecraft and failed to separate. Mariner 3’s solar panels couldn’t deploy, and the spacecraft’s batteries died a few hours into the mission. 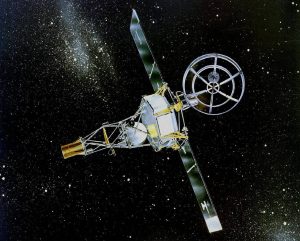 Mariner 2, however, had already reached Venus, arriving on December 14, 1962. It was the first successful planetary science mission in history. It scanned the atmosphere and surface with infrared and microwave radiometers for 42 minutes, coming within approximately 21,600 miles of the planet. The data revealed scorching hot surface temperatures of 459 degrees Fahrenheit below dense clouds at altitudes between 35 and 50 miles. Because the surface of Venus is persistently obscured by these clouds, Mariner 2 did not carry a camera.

Relatively little was known about Mars when Mariner 4 launched. Scientists had ruled out the most fantastical ideas science fiction writers began proposing in the late 1800s, but distant observations appeared to show color variations on the surface, clouds in the atmosphere, and seasonal changes, leaving many on the Mariner 4 team holding out hope that the planet was home to some form of life.

“I think Mars, of course, is a very easy thing to make extravagant statements about and have a lot of wild ideas about—and there have been wild ideas about Mars,” said Dr. Robert Leighton, the Principal Investigator of Mariner 4’s camera, speaking in the 1965 documentary Men Encounter Mars, produced for NASA by Drew Associates. “I can imagine there is a place on Mars, for example, where the wind is blowing and little pieces of dust are flying around the way they would be on sand dunes, say, on the Earth. … It’s interesting to consider how life on another planet might be similar to life on Earth.”

The Mariner Program was developed at NASA’s Jet Propulsion Laboratory under the leadership of Center Director William Pickering, who had earned the nickname “Mr. JPL” and appeared on the cover of Time magazine twice in the mid-1960s. The Project Manager was Dan Schneiderman. In the JPL documentary The Changing Face of Mars, colleagues recalled Schneiderman likening the job of project manager to being an ant, directing a team of other ants in their efforts to steer a log down a mighty river.

Schneiderman understood what an unprecedented opportunity Mariner 4 presented, noting in the film that from a great distance, southern California would appear green. Closer, an observer would see that the green area is actually patches of green interspersed with patches of land. Closer still, and the observer might again see a patch of green, this time an individual forest.

“So, the interesting thing is, I think, if you take a picture—and let’s presume it shows a canal—that doesn’t mean to say that isn’t just a random crisscrossing of weird [lines]. That it isn’t a canal at all. Or even a pathway. You’ve got to get closer. You’ve got to always get closer and closer,” Schneiderman said.

The core of Mariner 4 was a small magnesium frame, just 4.1 feet across diagonally, and about 1.5 feet high. This octagonal frame supported four solar panels, 5.7 feet long and about 3 feet wide containing a total of 28,224 solar cells that produced 310 W of power at Mars. The spacecraft communicated with Earth via a high gain parabolic antenna and an omnidirectional low gain antenna that was mounted on a mast.

With a mass of 575 pounds, Mariner 4 carried a suite of instruments, including the TV camera, a tape recorder, a cosmic dust detector, a cosmic ray telescope, an ionization chamber, a helium magnetometer, a trapped radiation detector, and a solar plasma probe.

“This is the soul-searching you go through,” a member of the flight operations team explained. “Our first reaction was. ‘Man, let that thing perform for itself. Let’s not horse around with it.’ But as soon as you start really asking these questions of yourself, then you begin to think we can’t take a chance. We’ve got to put ourselves in the position where we’ve done everything we can humanly do to ensure or at least to enhance the chances of success.”

Schneiderman decided to send code DC25 to begin taking images of Mars and DC26 to turn the recorder off after the images had been stored. Early indications were that the commands had worked. But after the team had passed out cigars, they received conflicting data indicating that the images were damaged. 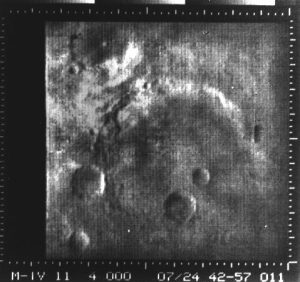 The team fretted and eagerly checked incoming data as tense minutes ticked off. Soon, Mariner 4 began transmitting the first of 22 images in the form of 240,000 bits of binary code filling page after page of tractor-feed paper. The bits represented the shading data for each of 40,000 dots that made up the first picture taken at Mars.

The images were not encouraging. Although crude by modern standards, they revealed a Moon-like landscape marked by ancient craters, indicating the planet didn’t have the robust atmospheric conditions that drive erosion. The surface was dry and bitterly cold at -148 degrees Fahrenheit and dry. The thin atmospheric density—a small fraction of Earth’s—made it highly unlikely the planet harbored life.

“I think I speak for every American when I tell you how very proud and how impressed, how grateful we are…,” said President Lyndon Johnson, adding, “It may be, it may just be, that life as we know it—with its humanity—is more unique than many have thought.”

In the decades to come, NASA would return to Mars many times, mapping the surface from orbit and mastering the techniques to land and maneuver rovers over the rocky terrain. To learn more about NASA’s current and past missions to Mars, click here.